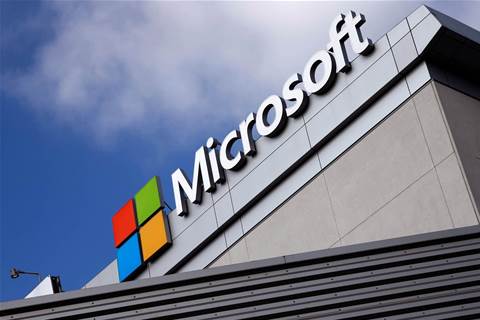 The company's shares fell 1.9 percent to US$67 in trading after the bell.

Under chief executive Satya Nadella, who took the helm in 2014, Microsoft has sharpened its focus on the fast-growing cloud computing unit to counter a prolonged slowdown in the PC market, which has weighed on demand for its Windows software.

Revenue from Microsoft's personal computing unit, its largest by revenue, fell 7.4 percent to US$8.84 billion. Analysts on average had expected revenue of US$9.22 billion, according to research firm FactSet StreetAccount.

The lower-than-expected revenue in the personal computing division came amid an uptick in the PC market.

Revenue from Microsoft's "Intelligent Cloud" business, which houses server products and the company's flagship cloud computing platform, Azure, jumped about 11 percent to US$6.76 billion in the third quarter ended 31 March.

Revenue on an adjusted basis climbed 6 percent to US$23.56 billion, missing analysts' average estimate of US$23.62 billion.

Microsoft said LinkedIn, which it bought for about US$26 billion, contributed US$975 million in revenue in the quarter.

Microsoft's shares had risen 9.9 percent this year through Thursday, eclipsing the 7 percent gain in the broader S&P 500.

(Reporting by Pushkala A and Aishwarya Venugopal in Bengaluru; Editing by Sai Sachin Ravikumar)