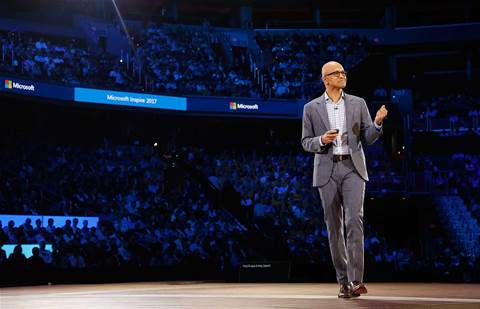 Microsoft will this year merge its worldwide partner conference and sales kickoff under one location in Las Vegas, USA – and as a result will no longer allow media or analysts to attend.

While the two conferences will retain their individual names – Inspire for partners and Ready for sellers – Microsoft earlier this year announced the two events would “co-locate”.

“Come to Microsoft Inspire for the content, connections, and conversations that will prepare you for new opportunities, business growth, and profitability – and for the first time, network directly with Microsoft sellers during the event,” the Microsoft US partner team blogged in February.

Microsoft Ready, which launched last year as an evolution of Microsoft's MGX internal sales kickoff, is closed to the media, and this policy now extends to the full combined conference, with registrations or attendance onsite for press and analysts not permitted. It is not yet understood if this change will be permanent.

Microsoft Inspire, formerly known as the Worldwide Partner Conference, has traditionally been open to journalists and analysts, and CRN has attended attended on multiple occasions to deliver breaking news and partner-related content as it occurs on the ground.

The cloud and software giant will substitute having press attend the event with virtual news, conference-call style briefings prior to the event, which the company has held ahead of a number of its conferences thus far.

The format change follows a string of shifts to Microsoft’s conferences, including ditching of the Australian Partner Conference, previously a multi-day conference often held on the Gold Coast, in favour of two-day event in Sydney known as Microsoft Summit. Microsoft Ignite New Zealand was also indefinitely postponed last year.

Grow your software revenue by selling these 5 affordable, essential tools for the modern workplace
By Michael Jenkin
May 3 2018
12:03PM