Microsoft confirms layoffs ahead of earnings 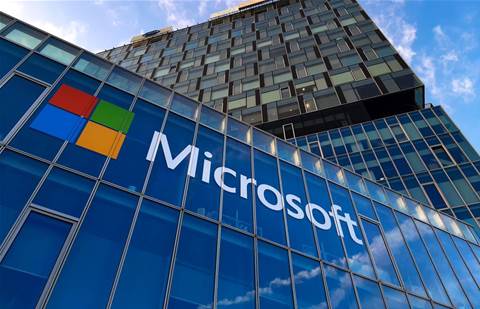 Microsoft has confirmed to CRN US that a “small number of employees” were let go Tuesday due to a “strategic alignment, but that the tech giant still plans to “grow headcount in the year ahead.”

“Today we notified a small number of employees that their roles have been eliminated,” a Microsoft spokesperson said in a statement. “This was a result of a strategic realignment, and, like all companies, we evaluate our business on a regular basis. We continue to invest in certain areas and grow headcount in the year ahead.”

Bloomberg first reported on the layoffs.

Microsoft started its 2023 fiscal year on 1 July. The tech giant is expected to report its fourth fiscal quarter and fiscal year 2022 earnings later this month, though the company has not given an exact date yet, according to its website.

Microsoft employed about 181,000 people at the end of June 2021, according to a regulatory filing. The cuts hit less than 1 percent of the company.

Microsoft is not alone with its layoffs this summer. Snyk cut about 30 employees from its workforce as part of its efforts to “navigate looming economic headwinds” and ensure long-term growth.

Cybersecurity technology developer IronNet said in a recent regulatory filing that the company would lay off about 55 of its employees, or about 17 percent of its total headcount. Software developer OneTrust reduced its headcount by about 950 people, or about 25 percent of the company.

Oracle has recently mulled reducing costs by as much as US$1 billion and as a result, possibly letting go of thousands of its employees as early as August.

In a note Morgan Stanley published Tuesday, the investment bank said that Microsoft faces some headwinds with signs of decelerating IT budgets ahead of a potential recession.

“Microsoft screens well relative to many software peers, but is not immune” to macroeconomic conditions, according to the note, which says to watch out for negative trends in Microsoft’s consumer business. Microsoft consumer products include gaming and consumer subscriptions of Office 365. A longer China shutdown could also eat into PC, Surface and Windows revenue.