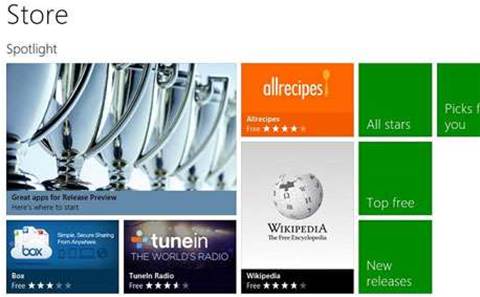 Microsoft is considering creating a single app store for its mobile and desktop operating systems, lending weight to speculation that Windows and Windows Phone could start to merge.

The company's reportedly tested a unified store that works across both platforms, with operating systems chief Terry Myerson apparently committed to a spring release.

According to The Verge, the single store could arrive with the Windows Phone 8.1 update and a surprise update to Windows 8.1 early next year.

As it stands, users must download apps for their Windows and Windows Phone devices through separate stores, and apps can't currently run across both systems.

Microsoft hasn't responded to a request for comment, but pointed out that Windows Phone 8 shares the same kernel as Windows 8.

"As we’ve said before, one benefit of Windows Phone 8 sharing a common core with Windows 8 is that developers now have the ability to use much of the same code to deliver apps and games on both Windows 8.1 and Windows Phone 8 devices," the company told the Seattle Times. "Beyond that, we have nothing more to share."

That comes after hints from Myerson that Microsoft will merge Windows Phone with Windows RT.

He also hinted that Microsoft wants to make the OS experience consistent across Windows devices.