Microsoft decides to give Win 8, Server 2012 RTM to devs 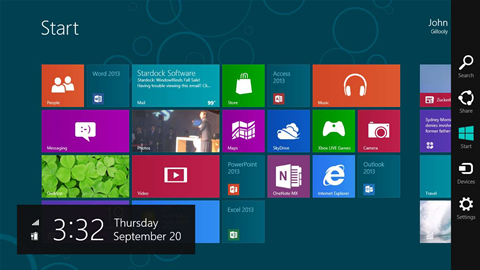 Microsoft irritated developers and partners last month by not giving them access to the release to manufacturing versions of Windows 8 and Windows Server 2012 R2, as it has done with previous releases.

After a few weeks of listening to the backlash, however, Microsoft has reversed its decision.

Starting Monday, Microsoft "will extend availability of our current Windows 8.1, Windows 8.1 Pro and Windows Server 2012 R2 RTM builds to the developer and IT professional communities via MSDN and TechNet subscriptions," the company said in a blog post.

The Windows 8.1 RTM Enterprise edition will be available through MSDN and TechNet for businesses "later this month".

Microsoft is also giving MSDN and TechNet subscribers access to the Release Candidate of Visual Studio 2013.

Microsoft sent the RTM bits for Windows 8 and Windows Server 2012 R2 to OEMs last month in advance of its Oct. 18 retail launch.

Traditionally, Microsoft has extended the same early access to its MSDN and TechNet subscribers, giving developers time to build and test their apps on new versions of Windows. For enterprises, it's a chance to make sure new software won't lead to any unexpected glitches.

Eliminating departmental friction within MSPs
By Kevin McLaughlin
Sep 11 2013
11:29AM