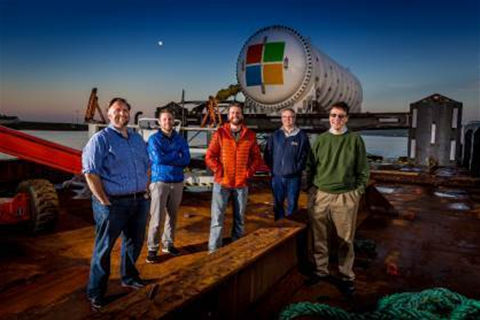 Microsoft has leveraged the technologies of submarines and renewable energy to plunge a 40ft-long datacentre into the sea near Scotland's Orkney Islands.

The experimental shipping container-sized prototype, called "Project Natick", is currently in operation on the seafloor next to the European Marine Energy Centre, just off the Northern Isles.

This Davy Jones' data centre is the result of a year's worth of research into environmentally sustainable data storage technology that Redmond hopes could one day be ordered to size, rapidly deployed and left to operate at the bottom of the sea for years.

"That is kind of a crazy set of demands to make," admitted Peter Lee, corporate vice president of Microsoft AI and research, who leads the NEXT group, a Microsoft research program for pioneering new technologies, which is overseeing the experiment. "Natick is trying to get there."

Microsoft is pursuing what it calls a "relevant moonshot"; projects the company believes have the potential to transform the core of its business and the wider cloud computing industry.

The cylindrical storage container is loaded with 12 racks containing a total of 864 servers and has a self-sustaining cooling system that Microsoft has adapted from the heat-exchange process used in submarines. It works by piping seawater through radiators on the back of each rack to cool them down, before the now-heated water is expelled back into the ocean where it mixes with the surrounding currents. 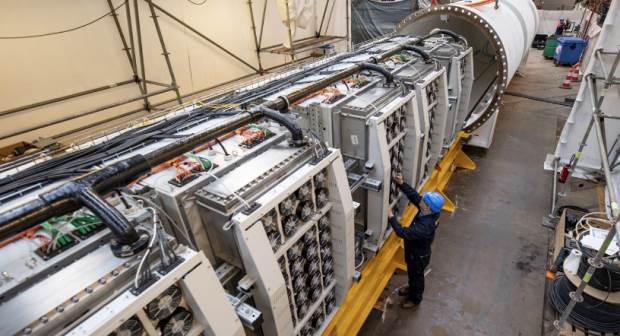 An underwater cable from the European Marine Energy Centre on the Orkney Islands will power the datacentre. The energy centre is a test site for experimental tidal turbines and wave energy converters that generate electricity from the movement of seawater.

By plunging data centres in bodies of water near coastal cities, data would have short distances to travel to reach coastal communities. It's estimated that half of the world's population live within 120 miles of a coast, so off-shore data centres could lead to faster web browsing, streaming and a boost for AI-driven technologies.

"For true delivery of AI, we are really cloud-dependent today," added Lee. "If we can be within one internet hop of everyone, then it not only benefits our products but also the products our customers serve."

Microsoft hopes to leave the data centre in place for five years without having to intervene - once submerged, it's impossible for engineers to gain access to the facility. It will monitor its performance for 12 months to see if such an idea is practical.

"Like any new car, we kick the tires and run the engine in different speeds to make sure everything works well," said Spencer Flowers, who is a senior member of technical staff for Microsoft's special projects.

"Then, once we are completely ready to go, we will grab one or two of our clients and hand them over the keys and let them start deploying jobs on to our system."

Eliminating departmental friction within MSPs
By a Staff Writer
Jun 7 2018
10:56AM