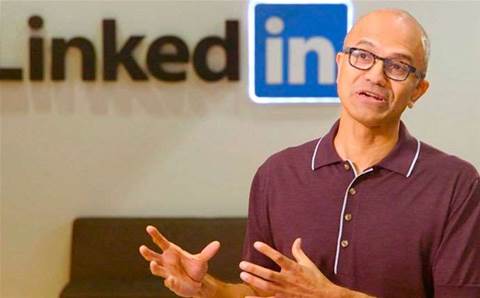 Microsoft has overtaken Apple in employee happiness for the first time since 2012.

"The overall results are supportive of our thesis that [Microsoft] has once again become a destination for top tech talent, with annual ratings consistently improving and ahead of peers," UBS analyst Brent Thill said.

Microsoft's approval rating so far for 2016 was 10 percent above the industry average, beating out Apple for the first time since UBS began tracking employee sentiment in 2012.

Approval for LinkedIn's chief executive Jeff Weiner has dropped from 95 percent to 85 percent since Microsoft announced it would acquire the social media network for US$26.6 billion (A$35 billion).

Microsoft threw out its controversial "stack ranking" system, which forced managers to rank each of their employees from top to bottom. Microsoft's new performance review system allows managers to allocate rewards based on teamwork and engagement.