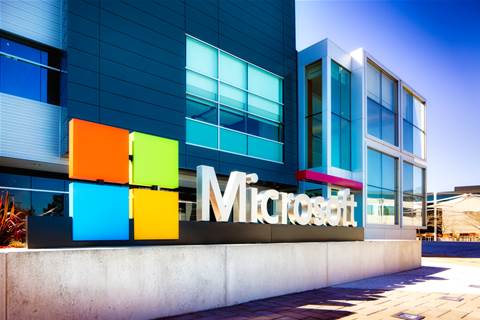 Microsoft Teams has so much potential for application developers that Rajesh Jha, executive vice president of Microsoft’s Office Product Group, has deemed this time “the era of collaborative apps.”

Here’s some of what Jha had to say to Herskowitz.

How are customers and partners building apps?

We think of it as basically three different eras of application development, if I may. So, the first era was GUI, the democratization of computing, moving to graphical user interfaces. Windows, the Mac, Win32 apps.

And then I would say the next big era that changed the way applications are developed was with web and mobile. And that was about being able to work anywhere. The focus was still quite a bit on individual productivity. And now, during the pandemic, what’s really come to the fore is team productivity, enabling a group of people to work together.

Collaboration is going to have to be the core of new applications.

What are collaborative apps and why should developers care?

When we started Teams a couple of years ago, maybe three years ago now, we did want to focus on putting teams first -- hence the name. And it was about group productivity. But we knew that collaboration was sync and async, sometimes in the context of a document, sometimes a shared dashboard, sometimes people needed to come together.

And so, collaborate, what is it about? It’s not about a single application. It’s about a way of work. And Teams is a new way of work. It brings all the app tools because of its platform. It brings meetings modality, chat modality, documents, third-party applications, custom-built apps all together.

At its core, it’s about collaboration. It doesn’t have to just be in Teams -- Office itself.

We are able to bring interactive components, powered by fluid, right inside of Teams. Those same components can be in other canvases such as Outlook or Office. So we think collaborative apps are about people. It’s about group productivity. Teams is custom built for that, but it extends more broadly to the other applications as well.

What are the various technologies developers can tap into to build these collaborative apps?

We’ve talked with the user interface right now -- the shell, Teams being the shell and interaction coming in the context of the work that people are doing in the flow.

Then the application logic -- with Teams you can plug in your own cloud logic using any path service, whether it’s Azure or any other cloud platform services.

Or you could also reuse the rich platform, the low-code platform that we have in Power Platform, so you can write your logic using any of that middle tier.

And then the other database that’s really important also for our customers is the Microsoft Dataverse. This is where structured business process schemas live together. At the highest tier, you’ve got Microsoft Teams and Office with collaboration at the center. Then you have your business logic, whether it be in Power Platform or any Azure path service. And then you’ve got your databases that you could augment -- you could bring your own schemas into this database.

And then how we build professional developer tools, VS (Visual Studio) Code and VS and GitHub, we are invested to make these great development environments to build these kinds of collaborative apps.

What’s an example of a collaborative app?

Let’s start with some of the work that we are excited to be doing with ServiceNow. We’re doing something similar with Adobe and Workday and many other ISVs. But ServiceNow in Microsoft Teams -- imagine there was a service incident.

And when a service incident gets created, a connection back to the Microsoft Graph to find the relevant people to come in and work in the context of that incident. And then collaboration again at the core to resolve a service incident. And so with the APIs you’re able to immediately move into real time. And with Teams meetings’ extensibility, all the right artifacts of the ServiceNow ticket show up in the context of the meeting.

So this is what I meant by collaboration of the center -- it is less about where the user is. It’s about the user being followed with all the relevant artifacts and being connected to their team.

Why should developers care? What stack should they bet on for building these collaborative apps?

I am excited about what we can offer developers here. First and foremost, an audience of 145 million engaged daily users in Teams alone.

And if you build these collaborative apps, you get to be where the users are. The second is, when you write these collaborative apps, when you build on Microsoft Teams, you can write once and run on any platform, whether it be on the desktop on Windows or Mac, whether it be on the web or even on mobile. Because Teams, the platform of how it brings different applications and modality, is cross platform.

And then finally, ultimately it’s the opportunity here is the economic opportunity to serve customers.

2021 is the start of the new way of work, hybrid work. And the only way hybrid work is going to really play out and drive productivity is by putting collaboration at the center and enabling teams to drive the right business outcomes.

Grabbing the hybrid cloud opportunity with Lenovo and Azure Services
By Wade Tyler Millward
May 28 2021
6:37AM