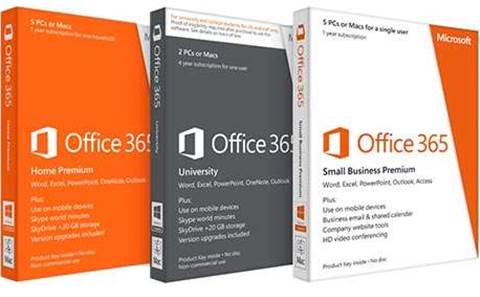 Microsoft has expanded FastTrack, the free cloud migration service for customers that some partners see as a competitor.

Microsoft has rebranded the service from 'Office 365 FastTrack' to 'Microsoft FastTrack', adding Enterprise Mobility Suite to the offer. The new, broader name seems to open the possibility that Microsoft could expand it to other products lines, such as Azure, in the future.

For Office 365 users, email data migration remains the "core benefit" of the FastTrack service, which is intended to get more customers onto Microsoft's cloud, faster.

Gavriella Schuster, general manager of the worldwide partner group, wrote in a blog post late last week: "Every new customer with an eligible purchase of Office 365 over 150 seats will be entitled to remote onboarding and email migration provided by a regional Onboarding Centre."

The vendor announced the changes late last week, ahead of its Worldwide Partner Conference on 12-16 July in Orlando.

Microsoft faced considerable backlash from its partners when it announced the first iteration of FastTrack at last year's WPC, so the timing of the announcement could represent an attempt to get on the front foot this year.

In an email to CRN, a Microsoft spokesperson conceded: "With a partner base as broad as ours, we recognise that not every change we make will be well-received by all partners. However, we believe that the updates we make to FastTrack and our incentives portfolio today will not only ensure success for both Microsoft and our partners, but our mutual customers as well, in today’s mobile-first, cloud-first world."

Microsoft is pitching FastTrack as cutting down the "the time a partner needs to spend doing the time-intensive, administrative tasks, so they can accelerate time spent selling and deploying high-value added services that can be more profitable and drive usage".

But FastTrack is unpopular among partners who provide Office 365 mailbox migrations as a paid service.

Loryan Strant, principal of Melbourne-based partner Paradyne, expected the change would raise the ire of "the legacy partners who have just started handing Office 365 migrations".

He told CRN: "The Paradyne of two years ago – that just did Office 365 email migrations – would've hated this because it took away the easy money, but I saw the writing on the wall and changed my business to focus on more high-value services."

Jostling between Microsoft and its partners has been a common trait of the vendor's cloud journey, from the days when hosting partners pushed back at the arrival of Business Productivity Suite (BPOS - the precursor to Office 365) around five years ago.