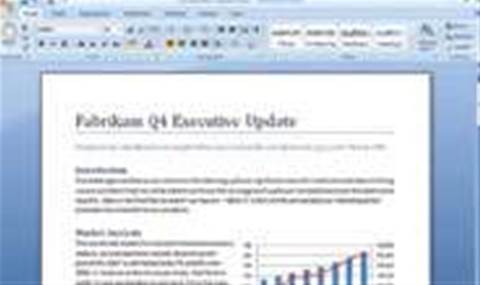 Microsoft has finally scrapped its venerable Works software and replaced it with Office Starter 2010.

Office Starter is a cut down version of the firm's flagship productivity suite of applications, and will be supported by advertising.

Microsoft Works has been around for more than 20 years and came preinstalled on home PCs. It was not a bad product other than the fact that users had to save everything in the Works format.

Redmond has been muttering about killing off the software for over two years, which is probably why it has been largely ignored.

Office Starter 2010 will come preinstalled on many new Windows PCs, and will not have an expiration date. It will be usable for as long as customers can stand the advertising.

The software is a crippled version of Office 2010 and has two functions: Word Starter and Excel Starter. Apparently these will have enough functions to allow users to do basic stuff.

It does not include Outlook, OneNote or PowerPoint, but will be easy to upgrade to the full Microsoft Office product.