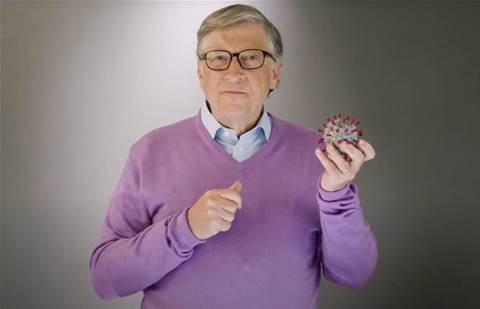 The funding, deployed through the billionaire and his wife’s philanthropic organisation The Bill and Melinda Gates Foundation, will support a Murdoch Children’s Research Institute’s trial which is testing the effectiveness of a tuberculosis vaccine for children against coronavirus.

As reported on ABC Radio’s AM, MCRI lead researcher Nigel Curtis said the vaccine was already being trialled on healthcare workers in Australia, and the funding would help expand this.

The Gates’ Foundation total global funding contribution now sits at about $300 million, as it focuses efforts to defeat the virus across testing, rolling out protective measures for at-risk populations and developing vaccines and treatments.

“Humankind has never had a more urgent task than creating broad immunity for coronavirus,” Bill Gates wrote in an address on his personal blog, GatesNotes.

“Realistically, if we’re going to return to normal, we need to develop a safe, effective vaccine. We need to make billions of doses, we need to get them out to every part of the world, and we need all of this to happen as quickly as possible.

“That sounds daunting, because it is. Our foundation is the biggest funder of vaccines in the world, and this effort dwarfs anything we’ve ever worked on before. It’s going to require a global cooperative effort like the world has never seen. But I know it’ll get done. There’s simply no alternative.”

Mitigate tech risk in your business
By Michael Jenkin
May 6 2020
6:31AM