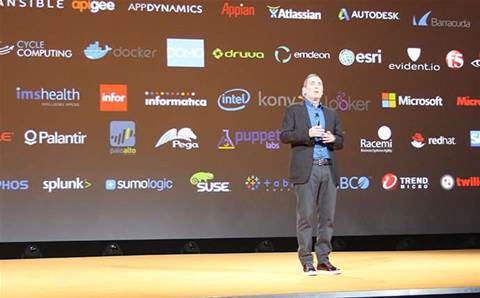 Amazon Web Services continues to dwarf its closest competitors in the worldwide infrastructure-as-a-service market, despite the best efforts of Microsoft, Google and IBM to catch up.

The latest data from Synergy Research Group suggested AWS had a 45 percent share of the IaaS market in the third quarter of 2016 – twice the size of its next three competitors combined.

Microsoft and Google have "much higher growth rates" than AWS, though coming off a lower base.

"In aggregate the big four cloud providers – Amazon, Microsoft, IBM and Google – continue to control well over half of the worldwide market and all continue to grow their market share," according to the research company.

Synergy estimates that quarterly cloud infrastructure service revenues, which comprise public IaaS, public PaaS and managed private cloud, "have reached well over US$8 billion and continue to grow at 50 percent per year".

John Dinsdale, Synergy's chief analyst and managing director, told CRN that Amazon's Australian market share was even better than its worldwide dominance, "while the market shares for Microsoft, Google and IBM all drop off a bit".

"And, not surprisingly, Telstra and Fujitsu feature more heavily in Australia," Dinsdale added.

In the managed private cloud space, IBM leads worldwide share, and is almost the same size as its closest three competitors, AWS, Rackspace and NTT, combined.

"Competition is tighter in the public [platform-as-a-service] market but Amazon still has a big lead over Salesforce, Microsoft and IBM," according to Synergy. 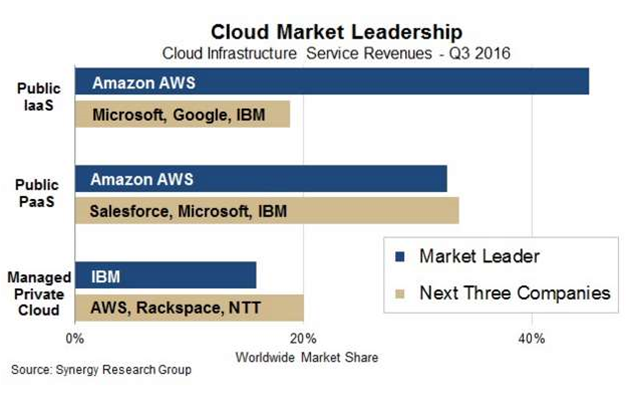 “Scale is the name of the game, especially in the public cloud markets,” Dinsdale said.

“Amazon, Microsoft and Google continue to invest huge amounts in their hyperscale data centre infrastructure, and all three have recently expanded their data centre footprints and also announced plans to open up more geographic regions in the coming months.

"This scale is the prime reason why they are able to gain market share and pressure smaller players into consolidation or refocusing their cloud activities. Some tier 2 players are looking to buck the trend and at least some are seeing particularly strong growth, including Alibaba (particularly in IaaS) and Oracle (in PaaS).”

The latest hyperscale cloud provider to plant its flag in Australia is Google, which has revealed plans to launch three local availability zones in Sydney in 2017.