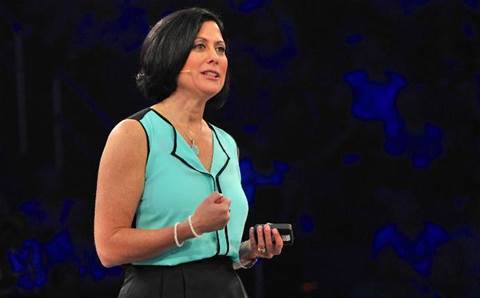 Microsoft's shift to a new transaction platform for buying Azure should offer improved efficiency to channel partners while potentially making it easier to move customers from an Enterprise Agreement (EA) into a Cloud Solution Provider (CSP) agreement, Microsoft channel chief Gavriella Schuster said in an interview with CRN USA.

The Microsoft Customer Agreement replaces the EA and offers Azure transactions through Microsoft's "modern commerce platform," which brings added digitisation and automation to the process.

Microsoft's EA in most countries is a direct-bill agreement, meaning that the company manages invoicing and the contracting directly with the customer. Microsoft then has a services agreement with a partner that services the EA, said Schuster, who is corporate vice president for Microsoft's One Commercial Partner organisation.

"So we continue to do direct bill, like we did on the EA, but we also continue to have the pre-sales support incentive to partners that help us sell and a post-sales managed services element of paying the partners for engaging with those customers just like we did in the EA."

From the standpoint of payments and engagement, "very little changes for the partner" with the Microsoft Customer Agreement, Schuster said. "But from an administration standpoint, a lot changes, because the administration just goes away."

The Microsoft Customer Agreement does not remove anything that partners do that is making money, or compete with partners for business, Schuster said.

The goal, Schuster said, "is simplifying that whole process" and enabling customers to make buying choices more based on partner services rather than on which console is easiest to use.

There's also a possibility that a greater number of expiring EAs could convert to CSP in the future because of the Microsoft Customer Agreement, Schuster said.

That's partly because CSP is moving onto the modern commerce platform this coming summer or fall, she said.

"If a customer signed up originally on a modern commerce agreement, and then they learn that there's a partner that's actually delivering a whole bunch of services they would rather have as part of this contract, they can easily move that subscription into CSP," Schuster said. "Whereas today, because those are on completely different platforms, that was a very difficult thing to do."

Ultimately, "we are hoping this makes it easier to do business with Microsoft, both for our partners and our customers," Schuster said. "And we may find that because those partners' services are so compelling, that more customers choose to go with the partners' services and have the partner just administer the whole subscription. And so we may find more going to CSP."