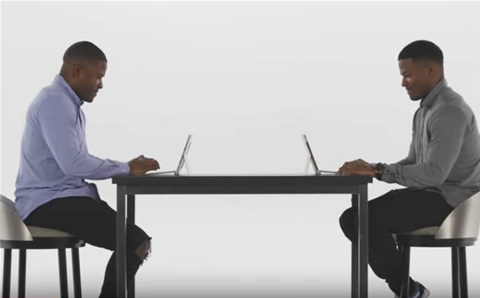 Microsoft has launched a new marketing campaign to discourage customers from buying its recently released Office 2019 productivity suite in favour of its subscription-based sibling Office 365.

The tech giant pitted its two Office products against each other, overwhelmingly favouring 365 and its flashy new AI features.

The clips focused mainly on Word, Excel and Powerpoint, with three sets of identical twins given a task each, comparing the two versions of each software.

Twins Scott and Sean were both tasked with updating their resumes in Word. Jeremy and Nathan raced to see who could make an Excel spreadsheet with facts and figures the fastest, while Cynni and Tanny tried to jazz up a half-finished slideshow presentation.

In a blog post accompanying the campaign, Office general manager Jared Spataro highlighted the benefits of the cloud-based Office 365, and “the power of AI to create more impactful content with less effort.”

“Office 2019 also delivers full installs of the Office apps we know and love—but they’re ‘frozen in time’. They don’t ever get updated with new features, and they’re not cloud-connected,” Spataro said.

“Also, Office 2019 doesn’t support real-time coauthoring across apps, and it doesn’t have the amazing AI-powered capabilities that come with Office 365.”

Microsoft first revealed Office 2019 in September 2017, targeted towards customers that are not yet ready to move to the cloud. Spataro at the time touted Office 2019 as a “valuable upgrade for customers who feel that they need to keep some or all of their apps and servers on-premises."

Speaking at Canalys' Channels Forum event in Hong Kong late last year, chief executive Steve Brazier said Australia and New Zealand were both quick to jump on subscription-based pricing models, whereas customers in their Asia-Pacific neighbours were a bit more hesitant to make the shift.

Grabbing the hybrid cloud opportunity with Lenovo and Azure Services
By Nico Arboleda
Feb 7 2019
11:40AM