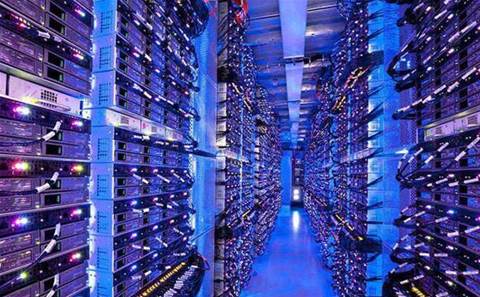 Microsoft is credited with coining the term 'eating your own dogfood' in the '80s – a phrase since rebranded to the more marketing-friendly 'drinking your own champagne' – and now the software giant has revealed how it is consuming its own cloud.

Microsoft's IT teams plan to migrate 90 percent of the company's computing resources to Azure by July 2017, anticipating a 31 percent increase in Azure workloads from its current footprint of 20,000 Azure virtual machines, 110,000 cores and 1,500 Azure-based applications.

As Microsoft's IT has moved to Azure, there has been a concurrent nosedive in the amount of data it hosts on-premises, from 60,000 on-prem VMs in late 2014 to around 18,000 today. Its Azure operating system instances have grown by almost 10,000 over two years, while on-premises OS instances have fallen by more than 18,000.

Microsoft's internal IT unit is driven by the same impetus as many of its customers: a desire to reduce capex spend on physical hardware and data centres. The company said it started this move with test and dev workloads and has since turned its focus to production resources.

Active but under-utilised resources – the cloud equivalent of 'shelfware' – has been a significant focus in Microsoft's partner strategy. The vendor rejigged channel incentives in 2015 to ensure partner rewards were based on customers' active usage of cloud, as opposed to simply purchasing the licences. It turns out the software vendor went through this same journey internally.

"Our early adoption of cloud technology was focused on getting solutions and resources migrated from on-premises to Azure," according to a blog post. "Many of these migrations were performed as 'lift and shift' – the on-premises architecture was virtualised and placed in Azure IaaS, with the intent of optimisation sometime in the future.

One answer to this problem has been to "heavily" promote migration to platform-as-a-service for "high value on-premises internal solutions and newly designed apps".

Cloud sprawl is a problem familiar to many customers: the ease of spinning up new instances means workloads proliferate and costs can skyrocket, often unbeknownst to the company until the bill arrives. It's the opposite to the economic challenges of traditional IT, when costs were sunk upfront.

As Microsoft puts it: "In the on-premises world, teams would acquire servers for a project with one-time capital expenditure budgets, and server utilisation wasn’t a concern because the hardware was a fixed cost. In a cloud-first world, we pay by the hour, and that turns our old practices sideways. Each hour counts, and each core counts."

It turns out Microsoft's tech teams are not immune from a common mistake made by customers: over-speccing cloud instances. The vendor set out to take advantage of cloud's scalability without being hit with unexpected, unwelcome charges. It found the potential for cost savings to be "shocking".

It's impossible to gauge the price tag for Microsoft's Azure footprint, not least because it owns the platform, but it's bound to be extremely costly. At rate card prices, 20,000 D1 instances – the default option on Microsoft's online calculator – in the Azure West US region would cost more than US$2 million per month (but prices could range from a few hundred thousand dollars per month to tens of millions depending on the number of cores, memory and storage specified in each instance).

Next: How Microsoft avoids bill shock