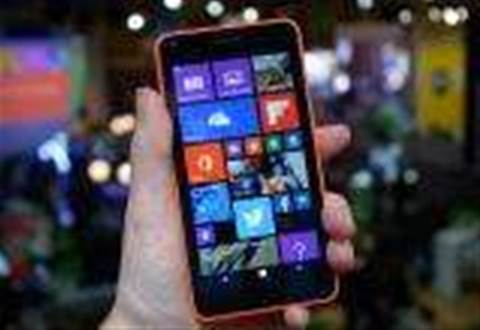 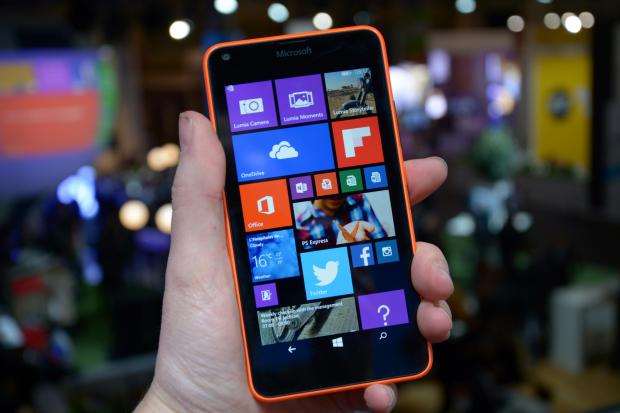 And there's one further incentive to opt for the Microsoft phone: the Lumia 640 will come with a one-year subscription to Office 365, which will also allow you to install the software on one other laptop or PC. 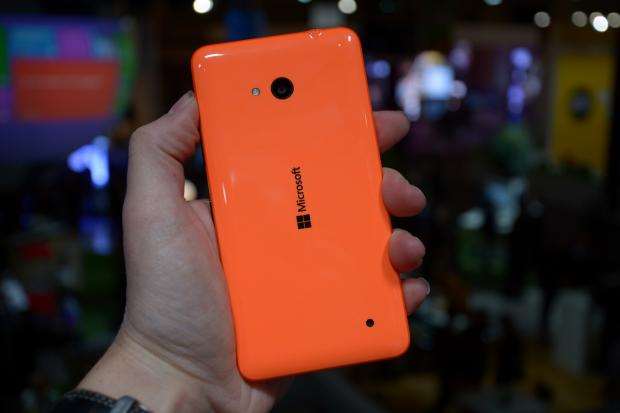 In keeping with previous Nokia-branded Lumia handsets, the 640 majors on brightly coloured plastics, and the build is pretty solid. The orange version we tried out had a glossy finish, not unlike the finish seen on the Lumia 735.

It's impressivey slim, too, measuring 8.8mm from front to back - for a low-cost device that's pretty good. However, it isn't the lightest phone around, tipping the scales at 145g. 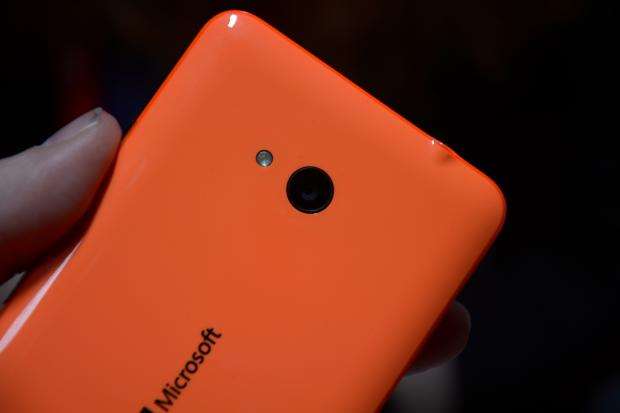 All the buttons and sockets are in their customary Windows Phone positions, with the volume and power controls on the left-hand edge, the headphone socket on the top and the micro-USB socket on the bottom edge.

Flip off the rear - which can be replaced with the optional wireless charging cover - and you'll see a removable battery and a microSD slot for storage expansion. 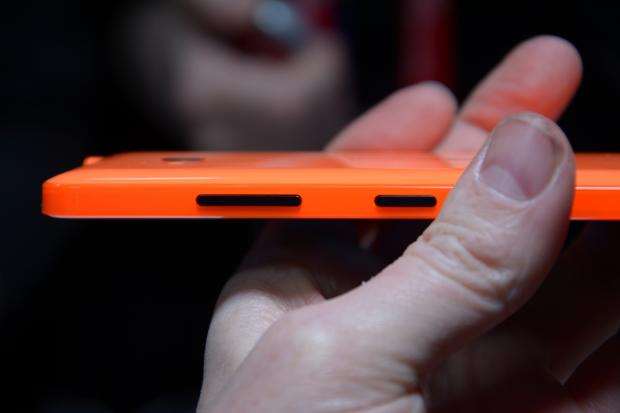 The screen, thankfully, uses IPS technology, and on first impressions it looks pretty decent. Brightness levels were good enough to overcome the intense lighting on the Microsoft stand, and viewing angles are excellent.

The resolution isn't as high as pricier flagships, but 720 x 1,280 still gives you a pixel density of 294ppi, which means most people won't see the pixels until they view the screen from closer than 12in.

In another nice touch, the screen is topped with Gorilla Glass 3 and employs Microsoft's Clearblack tech to keep reflections and glare at bay. 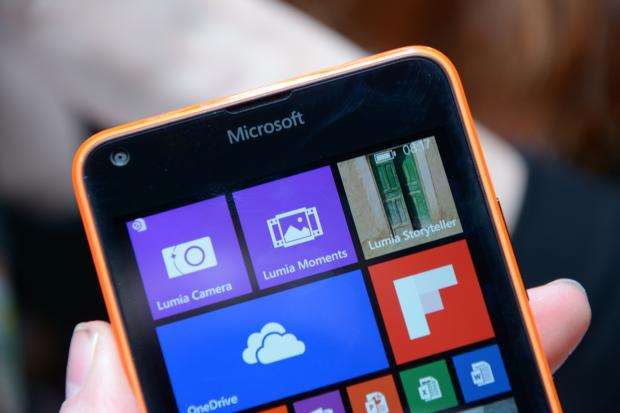 The Lumia 640 XL has a similar set of specs to the 640, but it has a significantly larger 5.7in screen, and an improved 13-megapixel camera with Carl Zeiss optics. 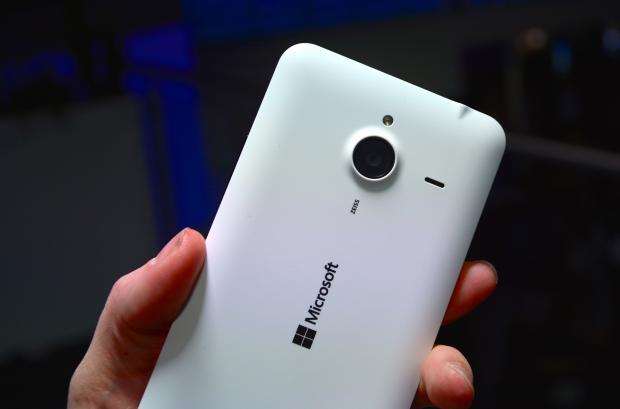 Of the two, this is the phone that looks the most interesting. Where the 640 looks every inch the budget Windows Phone device, the Lumia 640 XL's design is more attractive to our eye. It's still all-plastic, but feels surprisingly high quality, with a matte finish. We wouldn't choose the white version pictured, though, as it's likely to get grubby very quickly.

The screen, as with the 640, is an IPS effort, topped with Gorilla Glass 3, and uses Clearblack tech. Our initial impressions of the quality are similar, too, but with a lower pixel density of 258ppi it does look a little more pixellated than its smaller sibling. 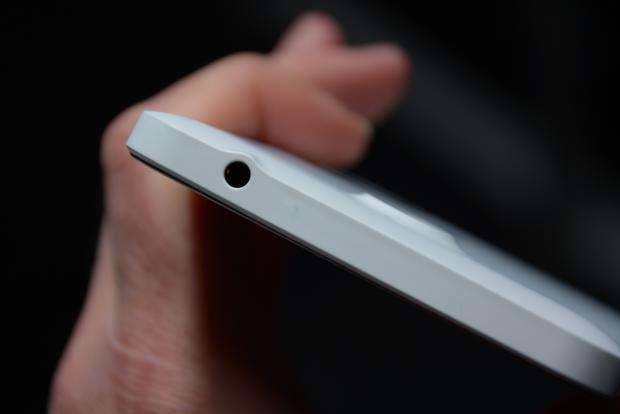 More impressive than this, however, is that the price for this larger version of the 640 will be below £200 (AU$396), even for the 4G version, with the 3G version costing 189 Euros (AU$272) and the 4G version 219 Euros (AU$315). As with the smaller 640, the 640 XL will also come with a one-year subscription to Office 365, adding an extra incentive to potential purchases wavering between this and a budget Android rival such as the Moto G 2. 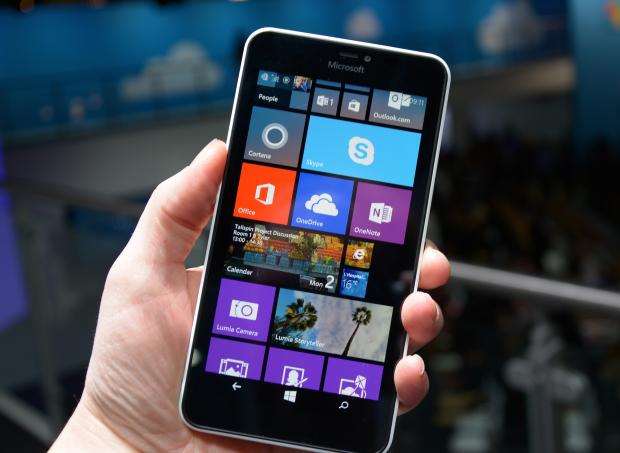 Microsoft is setting off on the right foot with its first major phone releases. The prices look good and the hardware even better at the price, especially once you factor in the inclusion of that Office 365 subscription.

Microsoft is planning to release both phones in April. We'll post our full review once we've got our hands on a review sample and had the chance to test the phones more thoroughly.