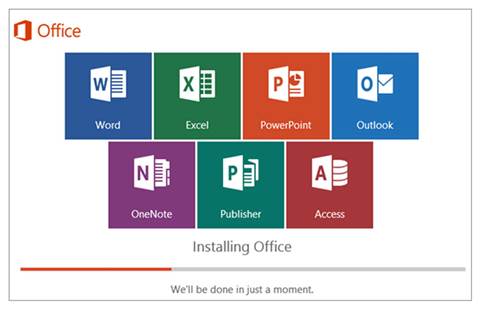 Microsoft has launched its Office 2019 software suite for commercial users of Windows and MacOS as an update to Office 2016.

Office 2019 is now available for commercial customers, specifically volume-licensed customers who have a specific need for on-premises or hybrid deployment. Microsoft said consumer versions would be available “in the coming weeks”.

Office 2019 is targeted at customers unable to move to the cloud in the near term, with Microsoft maintaining its strategy to shift customers to its cloud-based Office 365 offering.

“Most of our cloud-powered innovation is coming to Office 365 and Microsoft 365,” Microsoft said.

“However, we recognise that some customers can't move to the cloud in the near term. We want to support all our customers in their journey to the cloud, at the pace that makes the most sense to them.”

Office 2019 also introduced new features to Word, Excel, Powerpoint and Outlook, most of which are borrowed from Office 365.

The suite will only be available to Windows 10 and Windows Server 2016 users only, or on macOS Sierra at the least. Mainstream support from Microsoft will also be halved from the ten years enjoyed by users of the suite's previous versions.