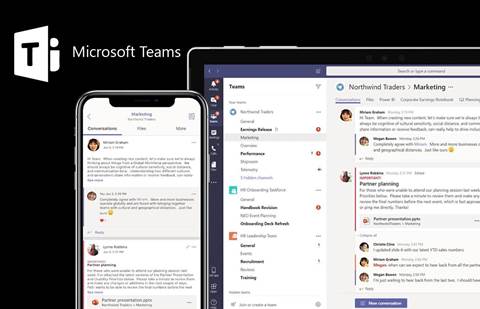 Microsoft has released a preview of its Teams collaboration app for Linux.

A blog post announcing the release confirmed the long-rumoured debut of an Office app on the open-source OS and says it’s “the first Microsoft 365 app that is coming to Linux desktops.” The company has not said whether other Office 365 apps will follow.

Microsoft has said that Teams on Linux “will support all of Teams’ core capabilities”.

Why take Teams to Linux before other Office apps?

Microsoft’s Teams product marketing manager Marissa Salazar wrote “Most of our customers have devices running on a variety of different platforms such as Windows 10, Linux and others. We are committed to supporting mixed environments across our cloud and productivity offerings”.

And also committed to ensuring that Teams can meet almost any communication requirement: Microsoft’s strategy for the product is to bundle chat, video meetings, voice and document collaboration in one app, and encourage users to deploy one tool instead of having silos dedicated to different modes of communication. That strategy is a direct assault on the likes of WebEx, Zoom and Slack. Adding a Linux client means even the few Linux users inside an organisation can be brought into the same collaboration environment.

Native Linux packages for the Teams client can be found in .deb and .rpm formats here.

Grabbing the hybrid cloud opportunity with Lenovo and Azure Services
By Simon Sharwood
Dec 11 2019
11:54AM