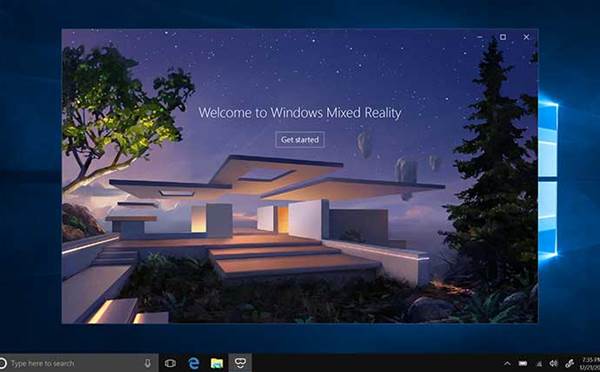 Microsoft has launched its Windows Mixed Reality solution with the release of its Fall Creator’s update for Windows 10.

The update includes new features for the creative and education industries and mixed reality support for a range of jointly-released head-mounted displays from the company’s major OEM partners.

The update, Microsoft’s fourth major iteration since the launch of Windows 10, started rolling out yesterday to the more than 500 million devices now running the operating system. As its name suggests, the update includes several features geared toward creatives, presenters, educators, designers and gamers.

At a special launch event in Sydney on Tuesday, Microsoft showed off Windows’ upgrades, touting a major focus on 3D, across application enhancements and, most notably, its mixed reality offering. Supporting the mixed reality play are vendor OEM partners HP, Dell, Lenovo, Acer and a number of others, which have manufactured headsets built on Microsoft’s Mixed Reality platform.

Headsets from the abovementioned partners, which are also now available, are almost identical in specifications and are each priced at $799. Unlike current generation virtual reality devices on the market, which track the user’s movement in virtual space using externally mounted sensors and cameras, the Windows Mixed Reality devices use two inbuilt cameras and computer vision to interpolate the headset's position in space.

The headsets each come with a pair of motion controllers that are also tracked by the cameras in the headset. These allow the user to manipulate 3D objects displayed through the device.

According to Microsoft, Mixed Reality allows users to: “escape to the most immersive experiences – touring top travel destinations, getting inside the most exciting games, attending the most popular events... right in your own home”. The mixed reality devices offer a more affordable entry to the virtual reality space than Microsoft’s high-end and self-contained Hololens product. 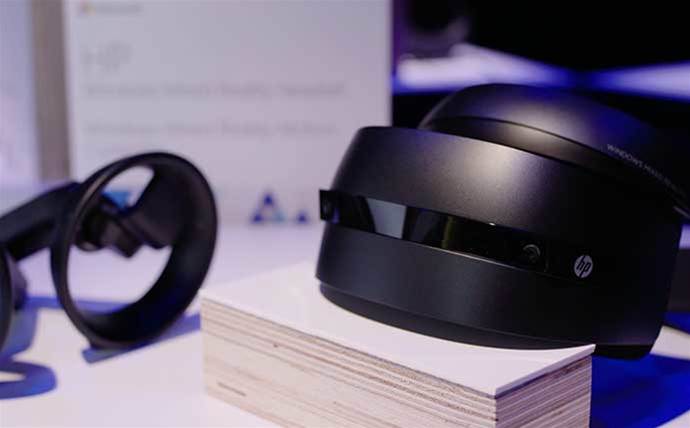 The other features of the latest Windows update include Photos Remix, which Microsoft says uses AI and deep learning to generate interesting slideshows and collages, which support music, new transitions and 3D effects.

Stylus-oriented upgrades to Office applications were also shown off, including the ability to highlight or cut text with familiar natural gestures or add and annotate text with handwriting recognition. Other Office enhancements included OneNote stylus and math formula integration, and 3D and stylus integration with Powerpoint, which also now includes a feature to help users build new presentations using the cloud and theme suggestions.

Paint 3D is another flagship component of the update. The operating systems’ well-known drawing tool has been enhanced with new features, particularly the ability to add and draw 3D shapes. These can be shared online and viewed in mixed reality.

Microsoft also highlighted its Fluent Design System as a component of the update, allowing for files to be stored in the cloud with OneDrive Files On-Demand, while appearing in the typical file explorer ready for access when needed. When switching devices, Microsoft AI assistant Cortana will ask if the user wishes to continue working on the application, document or website on the new devices. Copy and paste also works across different connected devices.

7 steps to MSP success: from pricing to specialisation
By Michael Jenkin
Oct 18 2017
5:19PM