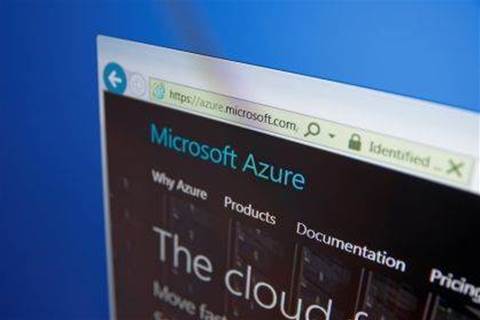 Microsoft on Monday announced general availability of its Windows Virtual Desktop solution, which aims to simplify deployment of virtual desktops while providing a less-expensive licensing model.

Windows Virtual Desktop (WVD) matters for a few of reasons.

For starters, Microsoft will offer extended Windows 7 support for free in the service, making it by far the cheapest way to keep the OS safe beyond its early 2020 end-of-support date.

It's also the first new major desktop virtualisation competitor in some time. Citrix and VMware have that market locked up, with some competition from the likes of Teradici.

Third, it signals the end of Microsoft's tepid tolerance for cloudy virtual desktops. For years Microsoft licences in this field have been complex, even by Microsoft's standards, and it's therefore been hard for service providers to offer Windows-as-a-service.  Now the channel gets to resell Azure,.

For Windows Virtual Desktop, Microsoft will be making a new version of Windows 10 available that will support multiple users connecting to it at the same time, said Vadim Vladimirskiy, CEO of Azure-for-MSPs consultancy Nerdio.

Until now, there have been versions such as Windows 10 Enterprise and Windows 10 Pro that have run on laptop and desktop PCs as a single-user OS, and there has been Windows Server that has been multi-user.

One of the biggest changes that Windows Virtual Desktop is introducing is that it's making the Windows 10 operating system available for virtual desktops, for multiple people to use at the same time, Vladimirskiy said.

"The reason that's important is because you can now have a virtual machine running Windows 10, with multi-session enabled, and have multiple people getting a virtual desktop on that one virtual machine--making the cost per user be much lower," he said. "It will be just a fraction of what it would be if every user got their own virtual machine ... It's really revolutionary, because it reduces the infrastructure costs by allowing you to pull users onto less virtual infrastructure."

"It basically is included with licenses that a lot of customers already own. So you don't even have to pay any additional licensing fees if you already have any of the Microsoft 365 products," he said. "Whether it's the enterprise plan, the business plan, or the academic plans, all of them include WVD at no additional charge."

Microsoft won't be charging for the operating system or for providing the service, Vladimirskiy said.

"The only thing the customer or the partner still needs to provide is the Azure subscription to run the virtual machine," he said.

In previous Windows virtual desktop scenarios, customers or partners were responsible for running the "control plane"—the services that manage the connections to the virtual desktop system and route users to the correct desktops, according to Vladimirskiy.

"All of those different Windows roles had to be run on individual virtual machines at the expense of the customer, and managed by the customer," he said. "With Windows Virtual Desktops, Microsoft has taken all of those control plane roles, and created a service out of it called the WVD management service. It is now provided through Azure, and it's managed by Microsoft. And it's at no additional charge—meaning as long as you have the WVD license entitlement, you get to use that service for free."

By doing that, "they've simplified the complexity of virtual desktops in the cloud," he said. "And they reduced the amount of infrastructure—the amount of storage and compute and servers you need—in order to deploy virtual desktops. So it brings the cost down and it makes things easier because Microsoft now manages that piece of the puzzle."

While Windows Virtual Desktop will serve as a new alternative to solutions from the likes of Citrix and VMware, WVD could also appeal to customers that have never before considered virtual desktops, Vladimirskiy said. That's the “big opportunity," he said.

"What I think is truly revolutionary is [bringing WVD] to the type of environments where people haven't considered virtual desktops as an option," he said. "The licensing complexity, the cost, the user profile limitation, the user experience, performance, all of the reasons that made virtual desktops not even a consideration for many environments—now, all of those reasons are eliminated."

As a result, "there is this opportunity for the mass market to say, 'Instead of buying physical desktops when all of my current ones need to be refreshed, why don't I just do it virtually?'" Vladimirskiy said. "They don't have a specific need that requires virtual desktop. But virtual desktop is now a good or better alternative to doing things the way that they've been doing them traditionally... It's not going to be just the people leaving competitive products and going to it. It's going to be people who haven't even thought about virtual desktops starting to use it because of WVD."

For Microsoft, giving away WVD for free or nearly free in most cases makes sense "because it drives Azure consumption," he said. "All of those virtual desktops can only be run in Azure. The licensing, the control plane, the operating system—everything that I mentioned is Azure-only. And if Microsoft can convince the market that desktop virtualization is the way to implement IT in the mass market, imagine what that will do to the consumption of Azure? It will skyrocket."

Vladimirskiy said he expects a major opportunity for MSPs that serve the SMB market with Windows Virtual Desktop. While WVD is greatly simplified compared to previous options, the solution still requires an MSP to provision and deploy WVD environments for customers in Azure.

For its part, Nerdio will be providing MSPs with tools that enable this provisioning and deployment "with almost zero knowledge of Azure," Vladimirskiy said. Nerdio is also providing WVD management tools, cost optimization and pricing clarity, he said.

"We've enhanced WVD with lots of functionality to simplify it and make it more automated and easier to use for the non-enterprise market," he said.

Ultimately, “I think the market is going to take off quite dramatically for desktop virtualization" with Windows Virtual Desktop, Vladimirskiy said.

Eliminating departmental friction within MSPs
By Kyle Alspach
Oct 1 2019
11:33AM