Microsoft launches Xbox One in Sydney 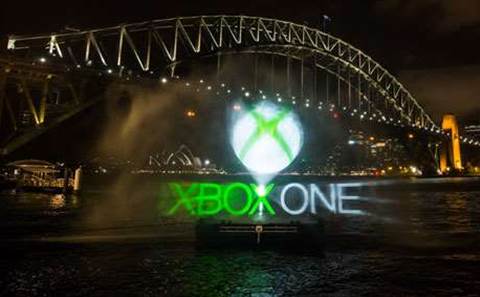 Microsoft Corp aims to upstage rival Sony with a console that goes well beyond gaming and helps transform media viewing, a long-cherished but elusive goal.

The software giant is betting its first new video game console in eight years, which has gone on sale in Australia today, will help sustain its position as a dominant player in gaming hardware. It also hopes to build a high-margin, rapid-growth business that plays a bigger role in how people watch television and consume media content.

The console has received early positive reviews for its performance, interface and exclusive launch games. Yusuf Mehdi, chief marketing and strategy officer for Xbox, said preorders for Xbox One were running at twice the rate of 2005's Xbox 360 but declined to elaborate.

"We continue to be on track for the biggest launch in Xbox history," Mehdi said. "We're building the largest volume of consoles that we've ever done." He added that the company is anticipating an adequate supply to meet demand.

Revenue from Xbox games and consoles, including the blockbuster "Halo" game franchise, yielded 10 percent of total Microsoft sales in the last fiscal year. A successful launch could give a much-needed lift to the software titan, which is trying to become a significant player in hardware.

Microsoft wants to become a "devices and services" giant as it struggles to find the right formula and hire a new chief executive to take on Google, Apple, and Amazon in a mobile-computing era.

Japan's Sony, which will launch its new PlayStation 4 next week, and Nintendo, which has struggled with slow sales of its next-generation Wii U console, have also crammed media apps and content onto their machines, but analysts say Microsoft is taking it a step further.

The Xbox One, which will launch in 13 markets worldwide, will cater to its loyal gamer fan base with exclusive titles like "Forza Motorsport 5" and "Ryse: Son of Rome." Beyond that, the company hopes the device crosses over to the mainstream and becomes a family entertainment center.

Money in the living room

To entice TV viewers and simplify their viewing experience, the new device comes with features like voice control via its Kinect input device - ostensibly in place of a remote - and the ability to integrate it with cable boxes.

As with the PlayStation and Nintendo's Wii U, the Xbox One comes loaded with Netflix and other popular media apps. But Microsoft has started its own studio to produce exclusive video content, meaning the new device could become a gateway to much more than games.

"The profit margin of that business is more defensible than the current PC business. Microsoft has a more solid shot at the living room, by way of Xbox, than it does through PCs," said Roger Kay, an analyst at Endpoint Technologies Associates.

"There's a lot of monetisation possible if you can take over the living room, so Microsoft is highly motivated to make that game platform as versatile as possible."

Microsoft is battling Sony, which sold 1 million of its PlayStation 4s within the first 24 hour of its November 15 release in the United States and Canada, and is currently sold out in many retail stores and online. At $599, the Xbox One costs $50 more than the PS4 in Australia.

Robert W Baird & Co analyst Colin Sebastian has said he expects shipments of 2.5 million to 3 million units for both the Xbox One and PS4 in the fourth quarter.

Microsoft is pulling out the stops on marketing, producing creative stunts such as immersing the first Xbox One console to go on sale, in New Zealand, in a tank of 20 sharks.

"With everything they're going through ... one shining light there that they really feel good about" is the Xbox franchise, said Peter Moore, chief operating officer of Electronic Arts, who led the launch of the Xbox 360 when he was at Microsoft.

"It's a great company with a lot of good businesses, but the real sparkle right now, particularly this week on campus right now ... will be the launch of the Xbox One."

Microsoft hopes to avoid the glitches that plagued Sony, whose overseas PlayStation 4 launch was marred by problems while booting up the machine and units being damaging during shipping.

Selling something more than a game console is imperative, with more and more potential customers gravitating to free online and mobile games, analysts say.

Over the last eight years, Sony and Microsoft both sold more than 80 million PS3 and Xbox 360 units each, while Nintendo sold over 100 million Wii consoles. The industry has debated whether the console heyday is over, with hardware sales in decline for the past four years.

But analysts expect new consoles to reignite the sector. The PS4 is currently in short supply at many retail stores and online after a robust launch.

"All of those questions have been put to rest by the strong pickup this weekend of the Sony platform, and we're very confident Xbox will have a strong launch this weekend as well," EA's Moore said.

EA games like "Battlefield 4" and "FIFA 14" had strong sales as PS4 machines flew off store shelves, Moore said. The same titles will be released for Xbox One, in addition to some upcoming exclusive titles like sci-fi shooter "Titanfall."

In a rare display of solidarity, Xbox sent a congratulatory tweet to Sony shortly after the PS4 hit store shelves.

"This isn't so much a competitive effort. It's really about how we grow the broader market ... that should really be the focus and a little bit of that was the spirit behind congratulating Sony for the good work they've done," Microsoft's Mehdi said.