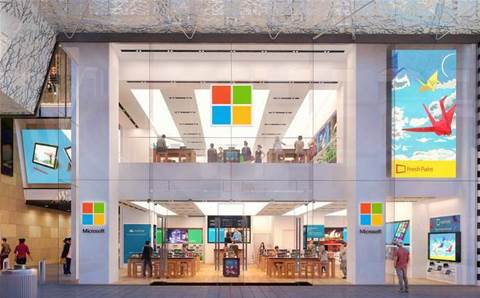 Microsoft will offer application developers a bigger share of sales on the Microsoft Store in an attempt to lure them away from Apple and Google's rival platforms.

The vendor announced a new fee structure for the Microsoft Store which will give devs 95 percent of revenue from consumer applications sold on the online marketplace, excluding games.

However, if Microsoft helped to drive customers towards the app like bundling it in with a collection or Microsoft first-party application, devs will receive 85 percent of revenue. This is still a jump from the current pricing structure, which gives 70 percent of sales to developers.

The new pricing structure applies to consumer apps sold on Windows 10, Windows Mixed Reality, Windows Phone and Surface Hub and will be available later this year. It does not include applications sold on Xbox One.

Existing apps on the store will also be updated to the new pricing structure.

"These changes to our current Microsoft Store fee represent a new way for you to monetize on the Windows platform," the company wrote in a blog post.

"With the new fee structure, Microsoft is only accessing an additional fee when we contribute to you acquiring a new user. These changes enable us to create a world where developers are rewarded for connecting customers with experiences they love in a secure, reliable way."

Rivals Apple and Google both still offer 70 percent of sales to developers, or 85 percent if a customer has subscribed to the app for more than a year.