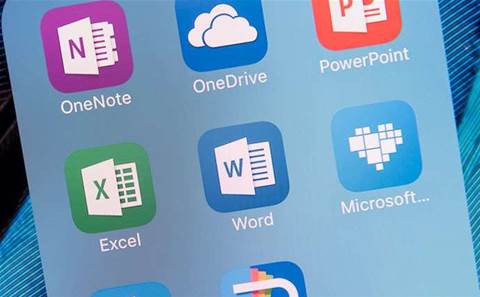 Microsoft is targeting users of rival cloud storage services Google, Dropbox and Box with an offer of free OneDrive for Business for customers that make the switch.

The free offer will allow users to see out their existing contract with Box, Dropbox, or Google, and is valid from 6 February 2018 to 30 June. To be eligible, organisations must not be existing OneDrive for Business or Office 365 customers and must make a minimum 500-user commitment.

OneDrive is now in use by more than 350,000 organisations, Ron Markezich, corporate vice president for Microsoft, wrote in a blog post.

One user highlighted by Microsoft is Rackspace, the one-time cloud leader that has since transitioned to offer managed services around third-party clouds, including Microsoft Azure and Amazon Web Services.

Rackspace revealed its migration to OneDrive in May 2017, moving nearly 6000 employees from "disparate collaboration tools" and saving US$411,000 in annual licensing fees.

Price has been a weapon in the ongoing battle between Microsoft and Google for the emerging cloud productivity sector.

In January, Microsoft announced a series of new educational software tools as well as classroom-focused Windows 10 devices from partners to compete with Gooogle, saying the devices were "providing more options for schools who don't want to compromise on Chromebooks".

Microsoft and Dropbox, meanwhile, are partners, despite also competing. For instance, Dropbox integrates with Office to allow users to save files in Dropbox from the web and mobile devices.

7 steps to MSP success: from pricing to specialisation
By Steven Kiernan
Feb 7 2018
7:29AM