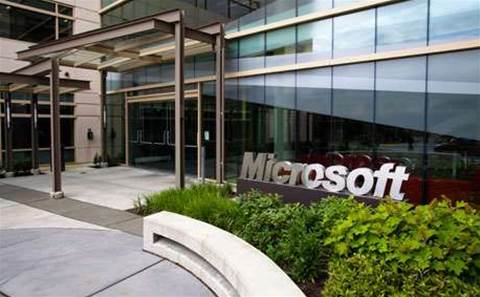 Microsoft has delivered on its promise to discount its Azure infrastructure-as-a-service offering as it looks to match the value of Amazon Web Services.

On 1 November, Microsoft launched its Server and Cloud Enrollment (SCE), a new three-year licensing option as part of the Enterprise Agreement volume licensing plan. With SCE, Microsoft intends to make Azure pricing "significantly lower than AWS's prices on commodity services like compute, storage and bandwidth," as a spokesperson described it to CRN US last month.

A Microsoft Australia spokesperson confirmed the offer is available locally.

Once customers make the SCE commitment, they'll get to take advantage of "new cloud-optimised licensing options, simplified license management and the best pricing and terms," Microsoft explained in a document outlining the benefits of SCE.

"Microsoft is leveraging their ecosystem and that's going to be their competitive advantage. Azure can do more things than Amazon can do. Specifically the platform-as-a-service stuff is more mature on Azure and that's a particularly strong capability," Francis told CRN.

Object Consulting was named 'Cloud Partner of the Year, Enterprise Customers' at Microsoft's 2013 World Partner Conference and has been an early user of its new Azure Streaming Media Service.

"I think when customers are looking at the cloud they are making strategic decisions and this is a strategic pricing arrangement," added Francis.

He had previously investigated both public clouds and found Amazon's offer to be stronger.

"CN Group is platform-as-a-service in the SAP market; we are interested in the platform around building a virtual environment.

"I am concerned with, 'What is the virtual machine offer in Azure or AWS?' – and AWS was way ahead. It was also way cheaper than Azure.

If customers choose the 'Core Infrastructure' commitment, they get the benefit of managing Windows Azure workloads from within their in-premise System Centre.

However, customers that go this route also will be required to purchase Software Assurance coverage on all their old Windows Servers. Under the previous program, known as Enrollment for Core Infrastructure (ECI), there was a minimum commitment of 25 licenses.

Meanwhile, Microsoft also launched a preview of Windows Azure Import/Export, a new service that addresses the issue of transporting large amounts of data into and out of blob storage systems.

With the service, "customers can place requests to ship encrypted data in hard disk drives through FedEx to our data centres, where Microsoft's high-speed internal network is used to transfer the data to or from the customer's blob storage account," wrote Steven Martin, Microsoft's general manager for Windows Azure, in a blog post Monday.

As security is hugely important for enterprises, Martin noted that all data moving back and forth is encrypted with Microsoft's BitLocker technology, and the customer holds the key.

Kevin McLaughlin contributed to this article.