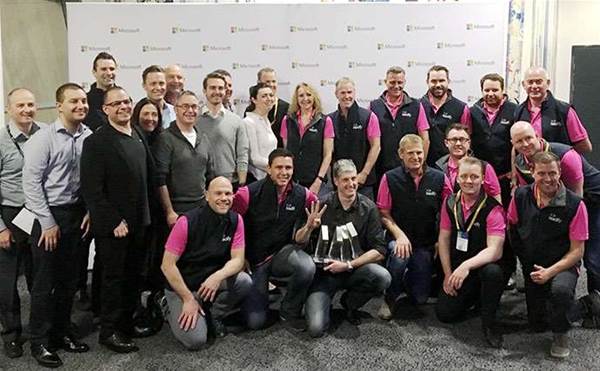 MOQdigital – no stranger to Microsoft accolades – was recognised as Microsoft’s Australia country partner of the year for 2016, which had already been announced at the vendor's Worldwide Partner Conference in June. On the Gold Coast on Monday, the company also won the award for excellence in industry and platform innovation.

The $34 million-turnover publicly listed company was created through the mergers and acquisition of four businesses – Breeze, Technology Effect, Tetran and Skoolbag – and M&A was a theme among this year's most highly recognised MAPA winners.

In fact, by virtue of its acquisitions of Sydney-based Kloud and Melbourne-based Readify, the night's biggest winner was Telstra.

Readify, who was acquired by Telstra in July, won awards in excellence in cloud productivity and technology for social impact.

Another recently acquired company to top the MAPA tables was Perth-based Ignia, which was recently snapped up by US$5.4 billion solutions provider Insight. Ignia won awards for excellence in cloud platform and excellence in industry platform and innovation.

Anther familiar face recognised was CRN MVP company Ethan Group, which won the award for excellence in Surface resale. In July, CRN revealed that Ethan had won a deal with the Department of Human Services to roll out 6,000 Surface Pro 4 hybrid devices.

For a breakdown of all the winners at this year's Microsoft Australia Partner Awards, check out the full list.

Microsoft Australia managing director Pip Marlow congratulated all the winners and finalists. “These awards represent the best and brightest of our partners who are working every day to help transform Australian businesses with Microsoft technology.”

Pictured above: The Readify and Kloud teams at APC 2016. This author is attending Microsoft APC as a guest of Microsoft.