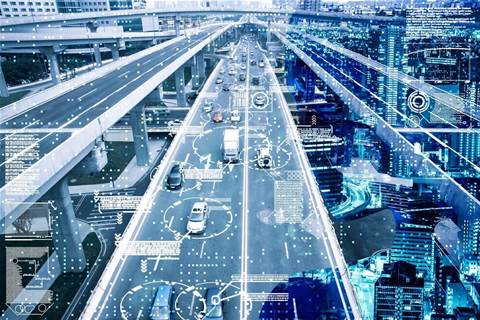 Microsoft is in the latter stages of finalizing a US$165 million acquisition of Internet of Things (IoT) security startup CyberX, according to Israeli media reports.

The two sides are getting signatures on the deal from CyberX’s shareholders, and an announcement is expected from Microsoft in the next few days, according to Haaretz. Calcalist, meanwhile, reported that the deal is expected to be signed in June. CyberX is expected to work with Microsoft’s development center in Israel, and Microsoft will invest tens of millions of dollars into CyberX, Calcalist said.

CyberX and Microsoft both declined to comment. The Israeli media reports – which also included a story from Globes - all came out late Tuesday, and Microsoft’s stock is up US$2.79 (1.54 percent) in trading midday Wednesday to US$183.55 per share.

The Waltham, Mass.-based company was founded in 2013 and provides continuous monitoring and vulnerability management for industrial control systems. CyberX counts two of the top five U.S. energy providers, a top five global pharmaceutical company, a top five U.S. chemical company, and national electric and gas utility providers across Europe and Asia-Pacific among its base of customers.

CyberX employs 164 people, and has raised US$48 million in five rounds of outside funding, according to LinkedIn and Crunchbase. The company most recently closed an US$18 million round in April 2019 led by Qualcomm Ventures and Inven Capital.

Norwest Venture Partners and Gilot Capital – which led the company’s Series B and seed rounds, respectively – are CyberX’s largest stakeholders, holding positions of 22 percent and 19.5 percent, respectively, according to Haaretz. CyberX co-founders, CEO Omer Schneider and General Manager and CTO Nir Giller, each have just under a 6 percent stake in the company, according to Haaretz.

Microsoft has made a handful of pure-play security buys over the years, adding security orchestration and automation provider Hexadite in June 2017 for a reported US$100 million to help companies investigate and respond to alerts. And in September 2015, Microsoft bought cloud access security broker (CASB) Adallom for a reported US$320 million to ensure cloud apps comply with security policies.

IoT security has been a red-hot acquisition target in 2020, with private equity firm Advent International agreeing in February to purchase Forescout for US$1.9 billion less than two years after the IoT security firm went public. A month earlier, private equity firm Insight Partners agreed to buy fast-growing IoT security startup Armis for a US$1.1 billion valuation to strengthen its market position in unmanaged device security.

Grabbing the hybrid cloud opportunity with Lenovo and Azure Services
By Michael Novinson
May 7 2020
6:48AM