Microsoft offers free upgrade to Windows 10 for one year 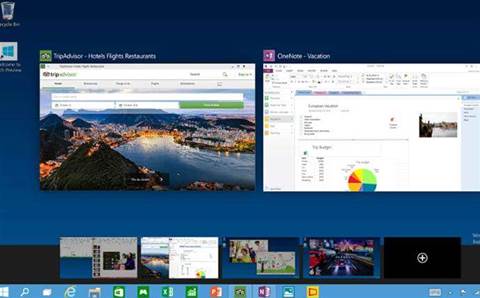 Microsoft has revealed Windows 10 will be a free upgrade for Windows 7, Windows 8.1 and Windows Phone 8.1 users for customers who upgrade in the first year.

The news was announced this morning at Microsoft's latest Windows 10 media briefing, where it also unveiled a new holographic Windows PC called HoloLens, an 84 inch Windows PC called Surface Hub, and new Windows 10 features including universal Office apps and Cortana for the desktop.

The free upgrade to Windows 10 will be for those people who do so in the first year. Few details were announced about any limitations on the offer, although Microsoft noted some editions are excluded.

Microsoft pointedly described its new approach to Windows updates as "Windows-as-a-service". The US vendor stated Windows 10 will be delivered as a service to offer "safer, innovative and updated experience for the supported lifetime of the device".

A spokesperson said that in the next couple of years users could think of Windows as "one of the largest internet services on the planet. The question which version are you running will cease to make sense." 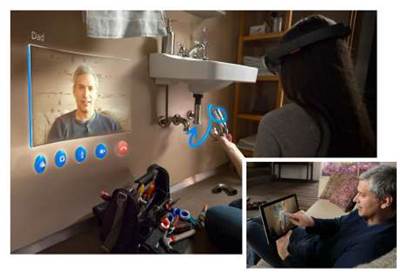 Perhaps the most unexpected announcement was the unveiling of Microsoft HoloLens, a wearable visor-style headset that allows users to interact with "holograms" using their hands and voice.

For example, wearing the headset, users could see and select from a menu system appearing on any wall or surface in their office or home. Wireframes could be shown overlayed on a real-life object like a piece of machinery in the design stage, or arrows giving instructions could be overlaid over pipes showing users which way to turn when fixing plumbing.  Users could also create their own holograms and then 3D-print them.

While computing headsets like the Oculus are already on the market, Microsoft is claiming its product to be the first fully untethered holographic computer that doesn't require a PC.

The HoloLens will be available in "the Windows 10 timeframe", a spokesperson said. 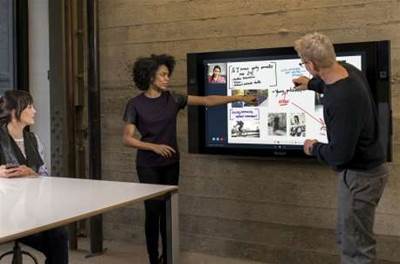 The device is intended for applications like whiteboarding and video conferencing and has an integrated computer, sensors, wi-fi, Bluetooth, cameras and microphones.

Windows 10 is launching "later this year", with the next major announcements coming at the Microsoft Build conference in April.