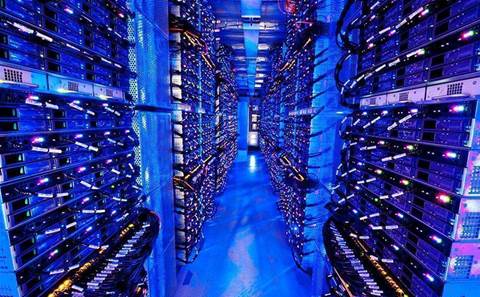 Inside a Microsoft Azure data centre

Microsoft Australia is searching for dozens of data centre technicians across Canberra, Sydney and Melbourne, but has refused to be drawn on what's driving the major investment in headcount.

Microsoft refused to shed any light on the matter in response to CRN's questions. The data centre job ads on LinkedIn were closed for applications soon after our enquiries, though the other Canberra roles are still being advertised.

Questions remain, such as whether all the jobs are unique – Microsoft, for instance, could be advertising the same role in multiple markets.

Potentially recruiting more than 20 data centre techs would seem a significant move for a company that works with co-location partners rather than run its own data centres in Australia for its public cloud services.

The data centre techs would be responsible for on-site, hands-on physical infrastructure activity for IT equipment such as servers and SANs, Windows support, as well as physical cabling, replacing parts and troubleshooting physical hardware.

The techs would also leverage their "broad range of skills in support of incident management and change implementation for Microsoft's online services physically deployed in your data centre(s)".

For years, rumours have spread among the Canberra IT community that Microsoft was planning to launch a local availability zone in the nation's capital – though similar rumours have swirled around other major hyperscale cloud providers.

Microsoft has two Australian availability zones – Sydney and Melbourne – for Azure, Office 365 and CRM Online. There is no local cloud footprint in Canberra, home to the federal government agencies that possess some of Australia's biggest IT budgets.

Speaking to CRN, the principal of one Canberra-based cloud provider questioned why Microsoft would need local hosting in Canberra when users can ExpressRoute into its Sydney and Melbourne availability zones.

He speculated that Microsoft could be pursuing 'Protected' status for Azure or Office 365 in order to secure more sensitive government workloads.

However, the managing director of another Canberra cloud provider, who also asked to remain anonymous, was doubtful, saying it could take a company years to get 'Protected' status after breaking ground on a data centre.

There are currently only two cloud providers with Protected certification by the Australian Signals Directorate (ASD): Sliced Tech, which was No.1 in the 2015 CRN Fast50, and Vault Systems.

That anonymous cloud MD was also sceptical whether the hiring spree was evidence of Microsoft extending its public cloud to Canberra. "Eight people is not a lot of people, really. You could just be having a government department build on Azure Stack. It could be a closed tender that wasn't public."

Microsoft's main public cloud rival, Amazon Web Services, has been approved under the US government's FedRamp, the Federal Risk and Authorisation Management Program for assessing cloud services. Its AWS GovCloud (US) is an isolated region for hosting sensitive data and regulated workloads in the cloud.