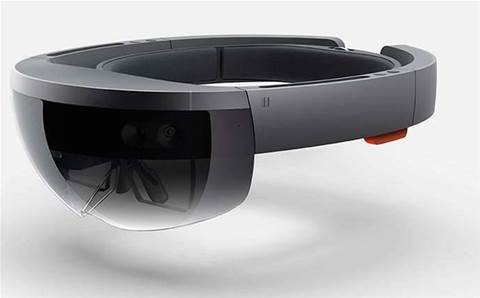 Microsoft has opened up Windows Holographic to hardware partners, encouraging them to create 'mixed' reality devices on the same platform that its HoloLens headset is immersed in.

“With Windows 10, we’ve been on an incredible journey with our partners, and today we usher in the next frontier of computing — mixed reality,” said Microsoft Windows and Devices executive vice president Terry Myerson.

Microsoft first impressed its channel partners with virtual reality in a slick presentation of its HoloLens headset at the 2015 worldwide partner conference in the USA. Wednesday's announcement at the Computex conference in Taipei opens up the environment behind HoloLens to third party devices.

The invitation was accompanied with a commitment to build "a hardware ecosystem" to support virtual reality in Windows 10. HTC, Acer, Asus, Dell, Falcon Northwest, Hewlett-Packard, Lenovo, MSI, Intel, AMD and Qualcomm were named as a subset of the original equipment manufacturing vendors that Microsoft is collaborating with to achieve this target.

"In a mixed reality world, devices can offer experiences that extend beyond the virtual world," Microsoft said in its announcement. "Imagine wearing a VR device and seeing your physical hands as you manipulate an object, working on the scanned 3-D image of a real object, or bringing a real-life holographic representation of another person into your virtual world so you can collaborate."

The opening up of the platform to partners follows chief executive Satya Nadella's revelations last year that Microsoft's own HoloLens device is on a "five-year journey", meaning the unit may not make it to the market until 2020.

The vendor stated in Taiwan this week that most existing virtual reality systems "can’t mix real people, objects and environments", which made "creation and collaboration difficult". Windows Holographic, Microsoft claimed, is a platform that overcomes this hurdle.

Microsoft spruiked the business potential of the nascent technology, predicting that more than 80 million virtual reality devices are expected to come on the market annually by 2020.