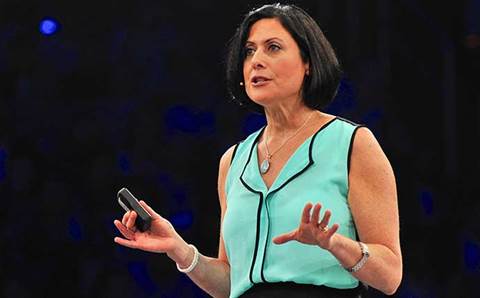 Microsoft channel chief Gavriella Schuster has said the rate of growth in the company's partner community is accelerating--as is the growth of revenue for partners in Microsoft's Cloud Solution Provider (CSP) program.

Meanwhile, CSP is Microsoft's "fastest-growing licensing model” with 31-percent growth in the past 12 months, said Schuster, who is corporate vice president for Microsoft's One Commercial Partner organisation. Partners use CSP to provide Azure and Office 365 to customers on a subscription basis.

"Through CSP, partners are embedding Microsoft technologies into their own solutions, and are delivering more differentiated long-term value for their customers," Schuster said.

Microsoft reported that partners are currently serving more than 2 million customers through CSP.

Additionally, Microsoft's Azure Expert MSP program—which includes partners with the highest degree of capabilities and skills for delivering managed services on Azure—has seen strong results since launching last July, Schuster said. Partners in the program are each generating between US$100,000 and US$2 million a month in Azure consumption, and the program has expanded to 43 partners up from 32 initially, she said.

Ultimately, as support ends for SQL Server 2008 in July — and as Windows Server 2008 phases out in a year — there are tens of millions of SQL and Windows Server instances "waiting to be migrated to Azure," Schuster said. "We estimate the end of support opportunity for partners is around US$50 billion when it comes to services and related business."

For Microsoft's second quarter of the 2019 financial year, ending 31 December, intelligent cloud revenue jumped 20.4 percent to US$9.38 billion, up from US$7.79 billion the year before. The growth was fueled by a 76-percent spike in Azure revenue.