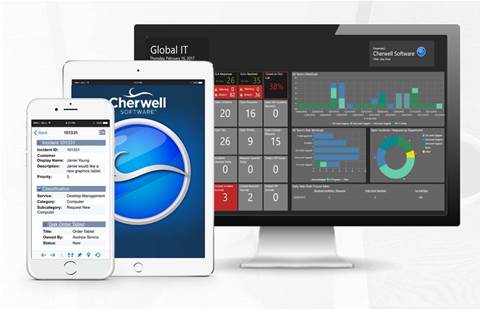 Microsoft partner MOQdigital has surpassed 250 staff in Australia, Sri Lanka and New Zealand and revealed the rollout of the Cherwell IT service management system.

The company, which was born out of the rollup of four separate companies over the past three years, revealed the staffing milestone at today's annual general meeting.

There are now 110 employees in Australia and 140 in Sri Lanka, chief executive Joe D'Addio told CRN after the AGM.

MOQdigital offers a service desk function out of Sri Lanka and has also been expanding its virtual teams business, in particular to offer customers development functions.

At the AGM, D'Addio also told shareholders how MOQdigital had restructured its business after missing profitability targets.

"Despite growing the top line significantly we were unable to meet our profitability objectives in FY17, both at the EBITDA and NPAT levels," chief executive Joe D'Addio said.

D'Addio blamed this on cost blowouts following its merger-and-acquisition strategy, including a failure to "consolidate management seats, address duplication of roles and non-performing staff".

Two of MOQdigital's directors stepped down in the past year: Nicki Page, who had been chief executive following the acquisition of her company, Breeze in 2014; and Don Francis, who joined through the purchase of his company, Tetran in 2016.

D'Addio outlined another reason profitability fell below forecast. "Our initial FY16 investment in the NSW business did not meet our financial return expectations and needed to be addressed. We are confident that we now have a foundation – customers and staff – to build a successful operation in NSW."

MOQ has consolidated two Sydney offices into one. "We now have a single team operating out of a professional office in this key market for MOQ," D'Addio said.

The company has invested in systems and processes to bolster its business. "This year we re-architected our business reporting – for pipeline and opportunity management, professional services management and project delivery management using cloud-based technology from Microsoft.

"We have plenty of room for improvement in this space. We have migrated to a cloud-based managed services offering called Cherwell, that will allow us to scale our business organically and through acquisition."

MOQdigital revealed the $469,000 investment in a new service management system as part of its 2017 financial results announcement.

Cherwell is headquartered in Colorado, US and launched its flagship product in 2007.

MOQdigital's Cherwell deployment was supported by local partner Service Quality, D'Addio said. "We chose Cherwell because we like the niche focus of it. ServiceNow is a  phenomenal suite of products, but we didn't need [the level of functionality].

"We are pretty committed to Microsoft," he added. MOQdigital uses PowerBI as its tool of choice for data analytics, and also runs Sharepoint and Dynamics CRM.

MOQdigital was established in 2014 through a reverse ASX listing and the double acquisition of Breeze and Technology Effect. It went on to acquire Tetran and education-focused software firm Skoolbag in 2016.