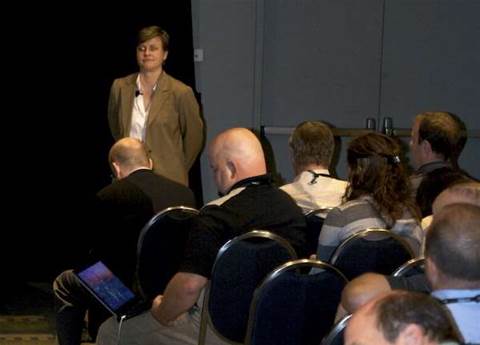 Microsoft's global partners are pushing back against a major overhaul of the company's partner certification program that will force accredited staff to re-sit certification exams, partners to reconsider their staffing levels, and slash the number of Gold-level partners around the world.

Microsoft's partner managers including Microsoft Partner Network general manager Julie Bennani (pictured) explained the changes to the 9300 attendees at its annual Worldwide Partner Conference (WPC) in Washington, DC, many of whom had come with many questions about changes that were first announced at the 2009 WPC but finalised at this year's event.

In planning for two and a half years, the changes are the first overhaul of the program in eight years and are designed to restore value to the Gold certification. With 35,000 certified organisations around the world - including 437 in Australia, over half the total number of certified partners - the designation had become too common.

"The feedback has been that we've diluted our own brand by making it too easy to get certified," a Microsoft Australia spokesperson said. "When it was introduced eight years ago it was hard, but since then the industry has evolved. It's now a lot harder; we don't want everyone to have Gold competency."

In the past, partners obtained certification by passing relevant exams and nominating satisfied customers as referees, and having a certain number of certified professionals across a specialisation. Under the new structure, Gold membership will require five customer references and more individuals in a specific competency with less overlap between areas.

As old certifications will no longer be recognised once the changes kick in this October, Microsoft is reaching out to partners to smooth the transition.

But not all partners are impressed: "there has been no communication, and we're looking at a significant cost to retrain all our people," said one partner, who asked not to be named. "I'm considering whether we should just drop out of the program altogether."

Many partners were chafing at the cost involved in the change and some were livid that they were effectively being forced to start from scratch.

But others noted that it was the partners themselves complaining that the Gold certification was too easy to achieve - and were looking forward to the challenge of regaining Gold certification after the bar had been raised: "We will do what it takes to be recognised as the best of the best," one partner said after Bennani's session.