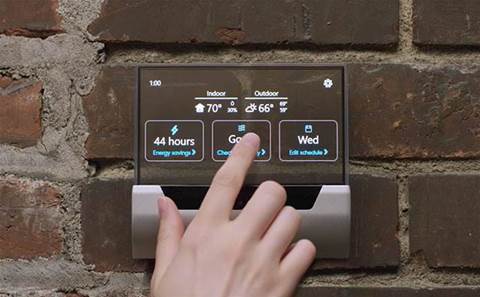 Microsoft is partnering with Johnson Controls to build a connected thermostat as part of its internet of things strategy.

Microsoft launched a video that showed the features behind its new connected thermostat, GLAS, in homes, workplaces and vertical market environments.

The GLAS thermostat, which will be built by HVAC vendor Johnson Controls, will include a touch-screen display that will enable customers to control their room temperatures and check their energy usage.

GLAS, which will include Cortana integration, will run on Microsoft's Windows 10 IoT operating system.

Microsoft has had its eye on the connected work and home spaces for a while. In 2016, the company said it was bringing its Cortana digital assistant to IoT devices incuding connected refrigerators and toasters.

The company also updated its Windows 10 Creator in March so that any smart appliance with a screen can run Cortana.

Microsoft has been investing in IoT through its Azure IoT Suite, which is a cloud services-based approach to the market and which will also be featured on GLAS.