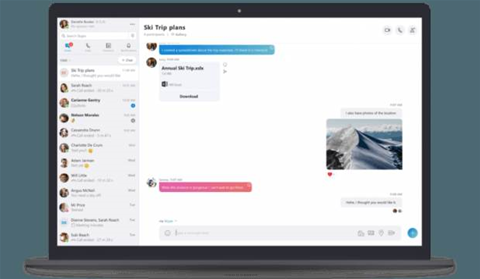 Microsoft loves to tweak and fiddle with Skype. Not content with simply letting it be as a solid business video conferencing tool and messenger service, Microsoft is on the case of redesigning Skype yet again. This time, however, it's making changes to right the wrongs of past tweaks and to win back consumer trust.

“Calling became harder to execute and Highlights didn't resolve with a majority of users”, explained Peter Skillman, director of design at Skype, in a blog post. “We needed to take a step back and simplify!”

This means that Microsoft is now removing it's recently added Snapchat-like Highlights feature. Microsoft also states that it's going to refocus Skype back onto video calls, VoIP calls and messaging by updating the mobile app to strip out features that nobody uses to declutter.

“We looked at how people use Skype apps, performing extensive testing across global markets and building prototypes to test new concepts,” says Skillman. “We are listening to your feedback and are wholly committed to improving the Skype experience based on what you are telling us.”

Microsoft did plan to update its desktop app to look similar to its mobile app. That, however, was met with backlash from users who loved the original Skype app too much. Microsoft is still aware that its desktop app needs to change if it wants to remain relevant, otherwise it'll end up feeling as archaic and clunky as enterprise programmes like WebEx.

As part of its latest Skype overhaul, Microsoft is going to slightly tweak its desktop app lest it rock the boat too much. To do this, it's moving calls, chats, contacts and notifications out of the ay into the top left of the Skype window. Not only is this intended to provide a central place for navigation for Skype users, but it should also strip it back to a cleaner interface.

In reality, Microsoft needs to make all these changes to Skype as it's being squeezed from both sides. Apps like WhatsApp, Messenger, and FaceTime are encroaching on the consumer side of things, while Google Hangouts is ever-so-slowly eating away at Skype's enterprise business.

If Microsoft can regain consumer trust with these updates, then perhaps it can turn Skype's fortunes around.