Microsoft reinstates the Start button (on a mouse) 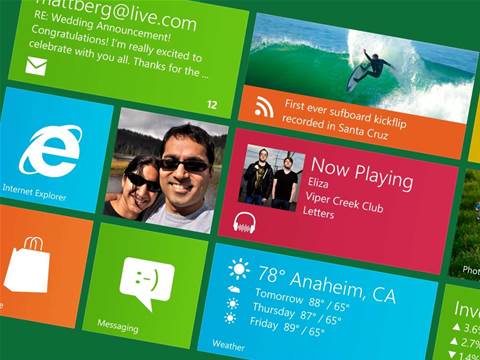 Microsoft has restored the Start button to Windows 8 – but you’ll need a new mouse to use it.

The company has launched the Sculpt Comfort Mouse at $US40  for Windows 8 PCs and tablets, featuring a prominent blue Windows button on the left side.

Pressing the button returns you to the Windows 8 start screen, much like pressing the Windows button on a keyboard. Swiping up on the blue strip also lets you scroll through any apps you have open. The mouse connects to PCs wirelessly using Bluetooth and will be on sale in June.

Despite Microsoft’s focus on the touchscreen elements of Windows 8, it’s also introduced a smaller, mobile version of the mouse. The $US30 Sculpt Mobile Mouse also features a Windows button, located directly beneath the scroll wheel. You can also scroll horizontally to browse through the Start screen, and the mouse connects using a small USB transceiver. The mouse will go on sale later this month, but Microsoft hasn't confirmed UK prices.

"These are the first mice from Microsoft to include a Windows button on them, giving you quick and easy access to specific features in Windows – and, in the case of the Sculpt Comfort Mouse, more advanced functionality in Windows 8," said Microsoft.

It isn’t clear yet whether Microsoft will restore the much-missed Start button in its next Windows refresh. While reports have suggested the desktop Start button, but not the Start menu, will return, Microsoft has only said that "key changes" will arrive in the Windows Blue update.