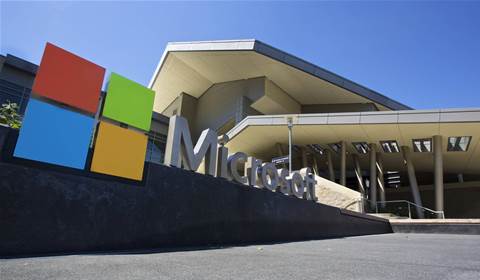 Microsoft is seeing a re-acceleration of growth in its Azure cloud platform, which helped drive results that blew past Wall Street expectations for the company’s latest quarter.

The Redmond, Wash.-based company on Tuesday reported that revenue for Azure spiked 50 percent during its fiscal second quarter of 2021, ended Dec. 31, compared to the same period a year earlier. That’s even faster growth than during Microsoft’s previous quarter sequentially, when Azure revenue had climbed 48 percent year-over-year.

In total, the company reported revenue of US$43.08 billion for its fiscal Q2. That’s up 16.7 percent from US$36.91 billion during the same quarter a year ago, and well above the Wall Street consensus estimate for the quarter of US$40.18 billion.

“These were blowout numbers that will be another feather in the cap for the tech sector as the cloud growth party is just getting started in our opinion led by MSFT,” wrote Daniel Ives, managing director for equity research at Wedbush Securities, in a note to investors on Tuesday.

Microsoft’s stock price rose 4.4 percent in after-hours trading Tuesday in the US to US$242.55 per share.

The Azure results propelled 23-percent revenue growth in Microsoft’s intelligent cloud segment, which reached US$14.6 billion during the quarter.

“With Azure, some of the core differentiation we have [is] when it comes to our hybrid leadership, some of the new data products that are highly differentiated and competitive in the marketplace--as well as the integration with every other layer of our stack,” CEO Satya Nadella said during Microsoft’s quarterly earnings call with analysts Tuesday.

Those factors--paired with industry solutions the company now offers in healthcare and retail verticals--“are all leading to that time to value, the price differentiation and cost advantage to customers--and most importantly, [to] agility in their ability to build their own digital capability,” Nadella said. “So that’s what you see in the acceleration around Azure.”

Perficient, No. 55 on CRN’s Solution Provider 500 for 2020, “is seeing rapid growth across several Microsoft technologies” including Azure, said Jeffrey Davis, chairman and CEO of the St. Louis-based solution provider, in comments provided by email to CRN.

Microsoft’s other commercial cloud businesses also had a strong showing during the company’s fiscal second quarter. Office 365 commercial revenue climbed 21 percent from the same period the year before, while Dynamics 365 revenue grew 39 percent.

“Now that they’ve established a foundation with Teams, many businesses are starting to look at Teams governance as a means to operationalize their Teams deployments and push the platform forward,” he said.

During Microsoft’s quarterly call on Tuesday, Nadella said that Teams is resonating so well with businesses because it “is the first product”—even more so than Outlook was in the past—that can “integrate communications, collaboration and business process.”

The company’s personal computing segment ended up being its largest business during the quarter, pulling in revenue of US$15.12 billion--up 14.5 percent from the same quarter a year earlier.

Xbox content and services revenue surged 40 percent during the quarter, while revenue from Windows commercial products and cloud services increased 10 percent and sales of Surface devices grew 3 percent. Windows OEM revenue was up 1 percent during the quarter, year-over-year--though that was a reversal from the previous quarter sequentially, when the Windows OEM revenue fell 5 percent.

Meanwhile, during the call with analysts on Tuesday, Nadella also mentioned the widespread cyberattack stemming from the breach of SolarWinds Orion, which federal officials have attributed to Russian intelligence efforts. Microsoft is among the companies that have been ensnared in the attacks.

“The recent SolarWinds attacks are a stark reminder of how critical security is to our customers,” Nadella said.

During the past 12 months, Microsoft’s security business revenue has grown by more than 40 percent to surpass US$10 billion, he said.

“This milestone is a testament to the deep trust organizations place in us, and we will continue to invest in new capabilities across all our products and services to protect our customers,” Nadella said.

“Our Microsoft customers have expressed great determination to proceed with projects. Current clients are pursuing more development opportunities and new business activity is strong,” Davis said. “In many ways, the uncertainty illuminated the need for additional cloud adoption and the flexibility of cloud services. As this exceptional situation became the new normal, IT leaders recognized preexisting gaps in infrastructure, resilience, and solution delivery – gaps that Azure is perfectly positioned to address.”

And, “as organizations implement Azure for the first time, kicking off large migration efforts or embracing the simplicity of managed services, this renewed wave of transformation is driving tremendous demand for Azure services,” Davis said.