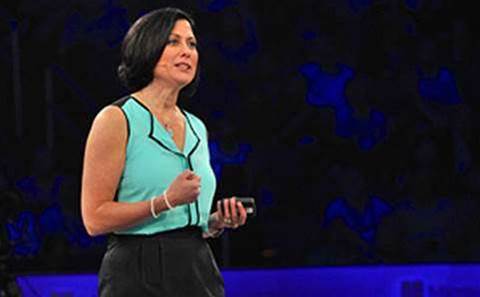 The sweeping changes for Microsoft channel partners that were rolled out at the Inspire partner conference in the summer appear to be bearing fruit with increased solution provider participation in key Microsoft programs.

On Wednesday, Microsoft global channel chief Gavriella Schuster reported that its co-selling program—which gives special incentives to Microsoft salespeople to work more closely with solution providers—has seen massive adoption by partners since Microsoft began promoting the program at Inspire. And so has Microsoft's Cloud Solution Provider (CSP) program, which has been a top priority for Microsoft as it continues shifting to a cloud-focused business model.

The number of partners transacting through a CSP has grown by 83 percent in the past 12 months, to reach a current total of 45,000 CSP partners, according to Microsoft.

Partners use the CSP program for procuring Office 365 seats and usage of the Azure cloud platform. The program offers a monthly subscription that can be adjusted based on usage from month to month, in contrast to Microsoft's Enterprise Agreement, which involves three-year agreements for on-premises deployments. The CSP approach is seen as more flexible by many businesses as a result of its consumption-based model.

A major change unveiled at Inspire was the launch of new incentives for Microsoft's salespeople tied to promoting the CSP program to customers.

Historically, Microsoft salespeople hadn't always had the motivation to work with CSP partners because of mechanisms such as the Enterprise Agreement.

With co-selling, Microsoft has been offering its salespeople an incentive of 10 percent of the contract value on a solution that's jointly delivered with partners.

The result has been an explosion of interest among solution providers in the co-selling program, Schuster said last week during her annual "State of the Channel" conference call. The number of partners involved in co-selling now stands at 9000, up from 1400 in July, said Schuster, a corporate vice president and head of the One Commercial Partner organization at Microsoft.

The co-selling program is "not selling Microsoft services, but actually selling partner services," Schuster said during the conference call. Co-selling means "taking an end solution, that meets the customer demand more specifically, and bringing that partner in to sell with us to those business decision makers," she said.

Schuster also signalled during the call that Microsoft was ramping up its efforts on enabling digital transformation, through technologies such as artificial intelligence. Digital transformation could soon be a US$20 trillion market opportunity, she said, citing IDC research, and Microsoft aims to "help our partners grab a piece of that pie".

To that end, Microsoft launched a new playbook for partners that are looking to develop an AI practice, which provides guidance on creating solutions around machine-learning and cognitive capabilities, Schuster said.