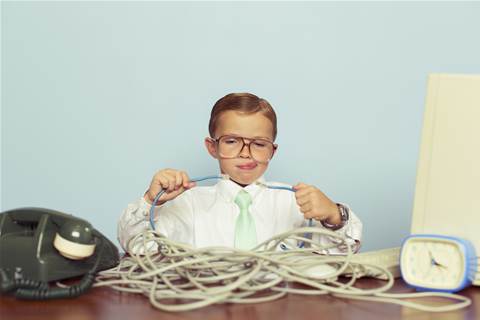 Microsoft on Monday reported a global outage affecting the Teams collaboration app, as well as “multiple” other Azure, Office 365 and Dynamics 365 services.

On the Microsoft 365 Service health status web page, the company disclosed that “users may be unable to access multiple Microsoft 365 and Azure services”—leaving Microsoft Teams down for many users.

The issues--disclosed by Microsoft on Twitter starting at 3:40 p.m. US Eastern Time on Monday--could be affecting any user “worldwide,” the company said.

According to initial reports, the “primary impact is to Microsoft Teams,” Microsoft said.

However, “users may be unable to access multiple Microsoft 365, Azure, and Dynamics 365 services, including the Service Health Dashboard,” the company said. “Any service that leverages Azure Active Directory (AAD) may be affected. This includes but is not limited to Microsoft Teams, Forms, Exchange Online, Intune and Yammer.”

An outage map on Downdetector (pictured above), a website that tracks outages, showed the Teams issues affecting users in numerous major cities in the U.S. and Canada, including New York, Washington, Chicago, Toronto, San Francisco and Los Angeles.

Microsoft blamed the Teams and Azure outage on “an issue with a recent change to an authentication system.”

We've identified an issue with a recent change to an authentication system. We’re rolling back the update to mitigate impact, which we expect will take approximately 15 minutes. Additional information can be found at https://t.co/AEUj8uAGXl or under MO244568 if available.

At about 5 p.m. Eastern Time, the company reported on the Microsoft 365 Service health status page that “we’ve identified the underlying cause of the problem and are taking steps to mitigate impact.”

In response to an inquiry from CRN, a Microsoft spokesperson said in a statement Monday that “we’re working to resolve the issues a subset of customers may be experiencing authenticating into some services. We are currently rolling out mitigations.”

At 5:57 p.m. Eastern Time, Microsoft tweeted that “the update has finished deployment to all impacted regions. Microsoft 365 services are showing decreasing error rates in telemetry.”

An IT director who was grappling with the outage on Monday told CRN that “I can’t get into the Microsoft console to even see what is going on.”

“Anytime you see any vendors spike like this on Downdetector it is bad,” said the IT director, who did not want to be identified. “But until you understand what the cause is, you don’t know if it is going to take them five minutes or five hours to fix.”

The IT director said Microsoft’s issues could be related to the rapid growth of the Teams app. “Teams has grown faster than any other of the Microsoft services, faster than SharePoint, faster than Office 365. It has just exploded. I wonder if [the growth of] Teams is contributing to these problems.”

It’s at least the third time that major issues have affected the widely used Teams collaboration app since the beginning of February. Microsoft reported issues with delays in receiving Teams chats on Feb. 17, and with joining Teams meetings on Feb. 4.

Bob Venero, CEO of Holbrook, N.Y.-based solution provider Future Tech, No. 96 on CRN’s Solution Provider 500 for 2020, said the latest Microsoft outage is another example of the negative business impact when customers put all their “eggs into the public cloud basket” versus a hybrid cloud approach that includes their own infrastructure.

“This has a very large financial impact on the organizations using these cloud offerings,” said Venero. “The longer it goes on, the more damage that is done. The lack of information that comes with this is even worse. Right now customers don’t know what they are up against or when this is going to be resolved.”

Venero said he sees the outage as another reason to advise his customers to invest in on premise infrastructure for mission critical applications.

“If you look at what is mission-critical for most companies, No. 1 is financials and No. 2 is communications infrastructure, which is often Exchange and Teams,” Venero said. “In this particular case, those communications mission-critical applications are completely down. The problem with an outage like this is it is very difficult to get answers for customers who have outsourced their IT to a public cloud provider-- rather than in-sourcing their IT to a trusted advisor like Future Tech.”

Teams—which is part of Microsoft’s Office 365 suite of productivity apps—has become an essential tool for countless businesses in North America since the widespread shift to remote work a year ago. Microsoft disclosed in late October that Teams had reached 115 million daily active users worldwide--up from 20 million roughly a year earlier.

Update: Microsoft said in a Twitter update that some services had been resumed as of 10:19 am AEST.