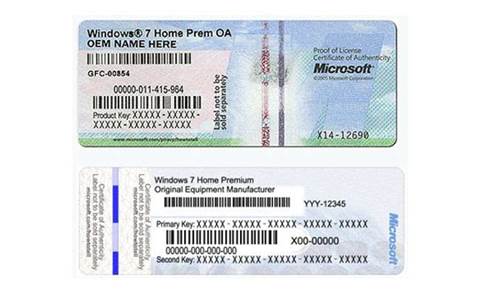 Microsoft claims this happened over 12 months, and that PC Case Gear would have obtained those COAs from an "unauthorised party".

According to the vendor, MAR COAs and product keys are only licensed for use by authorised refurbishers in the MAR program for the purpose of installing Windows operating systems on refurbished second-hand machines for resale only.

PC Case Gear has co-operated on resolving the matter and will continue to be a "valued" Microsoft partner as "both parties are pleased to have resolved this matter".

According to Microsoft, PC Case Gear had compromised the integrity of Microsoft's distribution channels by acquiring the certificates and had seriously effected other system builders who obtained genuine Microsoft software from authorised distributors.

The Federal Circuit Court of Australia ordered by consent that Victoria-based reseller Mount IT, which trades as AV2PC, and second respondent Kenneth John Skeats, AV2PC directir, pay a total of $22,000 to Microsoft for damages for infringement of copyright

According to Microsoft the reseller used product keys that were printed onto counterfeit certificate of authenticity labels.

The reseller operates from its website, eBay store and a physical store.

"These two results underpin the fact that Microsoft is serious about protecting its intellectual property as well as protecting its customers from the security risks involved in purchasing Microsoft software from unauthorised sources," said Noble.

In August, Microsoft also settled with three resellers over the trade of unauthorised products and also copyright infringements.

PC-Tek, registered as XXIT Pty Ltd, settled for a $25,000 damages payout to Microsoft. And Sydney reseller Bytestech, registered as Jian Ping Wang, was accused of illegally copying Windows 10 and Office Professional Plus 2013 onto hard drives.

Grow your software revenue by selling these 5 affordable, essential tools for the modern workplace
By Samira Sarraf
Oct 31 2016
10:40AM