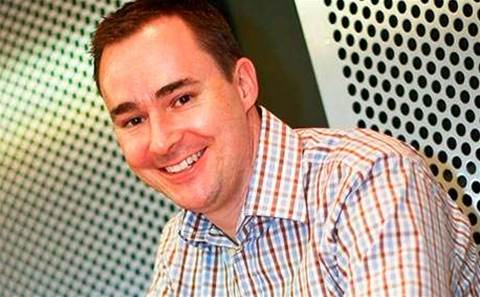 The announcement came as Microsoft revealed it would start hosting Office 365 and CRM Online out of its Sydney and Melbourne data centres from March 2015.

The CSP partners are intended to drive uptake of Microsoft's cloud platforms by layering their own innovation on top of Office 365, as well as providing billing and 24/7 support for customers.

The software giant first announced its recruitment drive for the CSP program during the Australian Partner Conference in September.

Microsoft had four spots available for the first round, awarded to Melbourne-based OBS, Queensland's CloudFirst, OzHosting and a new venture called 'Nimbal', which is a partnership of award-winning partners Kloud and XCentral.

They join three other partners who were part of the pilot stage: Sydney's Ensyst, iiNet and Melbourne IT.

Philip Goldie, director of partner business & development at Microsoft Australia, shed some light on why these companies won the exclusive spots.

OBS, for instance, has productised its own intellectual property with Formplicity, a workflow tool that lets users "automate everyday business processes including leave requests, expense claims and other existing paper-based forms and processes".

Cloud First – a Queensland-based outfit run by Inverse Curve's Brad Rappell – is taking a vertical focus; it will target its offering at the franchise sector.

Rappell said: "CSP is an amazing opportunity for partners to create robust global cloud services that are localised for a particular region and industry segment.”

Goldie added that the opportunity for CloudFirst was huge, with the Australian franchise sector boasting "hundred of thousands of employees who are not equipped with productivity tools and Office 365".

Looking ahead, Goldie said new CSPs would be able to join the program on a rolling basis. "It is a much more open process going forward. We are still onboarding those partners we have discussed [and] we want the program to switch to a much more nomination-based process."

Microsoft will also open up the CSP program to a two-tier model by appointing "cloud wholesalers".

"I didn't use the word 'distributor' – it doesn't mean what we think of traditional distributors as a good fit for the two-tier model."

While it is "early days" on the two-tier approach, Microsoft does have some prior experience through the work it did with Office 365 syndication partners such as Telstra.

Grabbing the hybrid cloud opportunity with Lenovo and Azure Services
By Steven Kiernan
Dec 9 2014
12:01AM