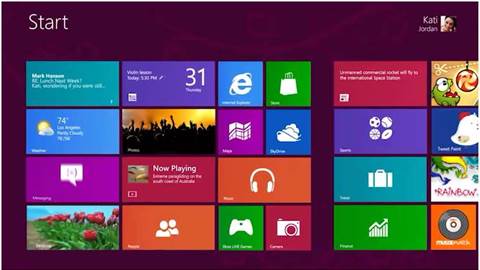 Microsoft has made a near-final version of Windows 8 publicly available to download, several days earlier than expected.

The Release Preview, originally expected next week at the earliest, contains a number of new features and fixes compared to the initial preview launched in March.

These include Internet Explorer 10 with limited built-in Adobe Flash support, the ability to run multiple monitors and updated embedded apps for the operating system.

A release candidate for Windows Server 2012 was also released to the public, along with driver kits for the operating system and Visual Studio 2012 Professional.

The release comes a day after the company accidentally posted a blog entry revealing the planned availability.

A leaked Chinese-language version of the preview also became available for download some hours before official release.

The release preview also includes changes to the controversial Windows 8 start screen as well as better support for keyboard and mouse input, while being optimised for touch screens.

The start screen, part of its much-touted Metro-based interface, works on the design goal of unifying the user experience across desktop and laptop computers as well tablets and smartphones.

Though claimed as near-final, the Release Preview still contains some unfinished areas such as the Mail app, which doesn’t yet support the common POP3 and IMAP email delivery protocols.

The operating system is expected for final release around September.

Windows 8 Release Preview is available from Microsoft for free and runs on any Windows 7-capable computer.

The company has required users to undergo a clean install of the newer operating system, however, rather than upgrading from the older Consumer Preview version.

Microsoft also revealed an offer allowing those who buy Windows 7-preloaded PCs after June 2 to upgrade to the newer operating system for US$15. The offer would be made available in 131 markets but the company has not disclosed whether Australia is included.

Grow your software revenue by selling these 5 affordable, essential tools for the modern workplace
By Juha Saarinen
Jun 1 2012
8:06AM