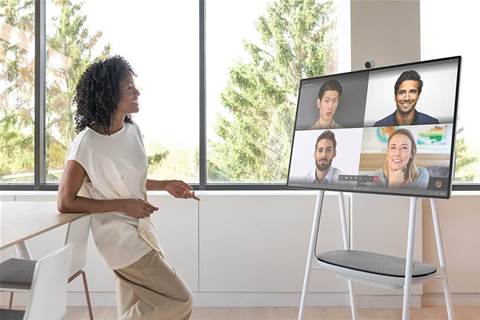 Microsoft's second-generation Surface Hub collaboration display will arrive in June with a US$8,999.99 price tag, while a significantly larger model is planned for next year, the company announced Wednesday.

The first version of the Surface Hub 2S to be released will feature a 50-inch display, and will be priced at $8,999.99 - about $12,500 Australian dollars! - when it begins shipping in June, Microsoft said. That’s up from the US$6,999 starting price of the original Surface Hub when it first launched in 2016.

Meanwhile, also in 2020, Microsoft announced that it will begin testing of an 85-inch version of the Surface Hub 2S with "select customers."

The Surface Hub--an interactive conferencing and white-boarding display that can be used with a digital pen--originally launched in 55-inch and 84-inch sizes.

On the new 50-inch Surface Hub 2S, the display will feature a 3:2 aspect ratio, meaning that the usable screen space will be similar to that of the original 55-inch Surface Hub, according to Microsoft.

The Surface Hub 2S will be substantially lighter at about 25 kilograms, compared to the 40kg -pound weight of the original 55-inch model. The display will also be 60-percent thinner than on the original Surface Hub, Microsoft said.

The amount of partner involvement on the second-gen Surface Hub is expected to increase from on the original version, which had a specialized partner base due to its requirements, such as the need for reinforced walls to install the 84-inch version, Microsoft said previously.

The Surface Hub 2S can be wall mounted or used on a rolling cart, and will include 4K cameras along with far-field microphone arrays, Microsoft has said.

Cloud application revenue made easy
By Kyle Alspach
Apr 18 2019
5:19AM