Microsoft says it will miss one billion Windows 10 installs 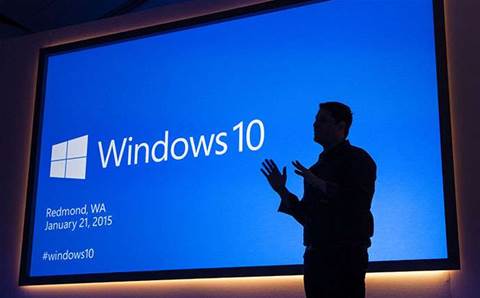 Microsoft has backed off an earlier prediction that Windows 10 would be running on 1 billion devices by mid-2017, suggesting that the shrinking of its smartphone business will prevent it from hitting that goal.

Nearly a year after hitting the market, Windows 10 is now running on more than 350 million devices, according to Microsoft. The operating system has managed to fix most of the issues that vexed Windows 8 users, banishing the considerable negativity that surrounded the operating system.

Yet after laying off most of the staff from its 2014 acquisition of Nokia, and taking two separate restructuring charges from the US$9.4 billion acquisition, Microsoft now has a smartphone business that's much smaller than it was when it made its initial Windows 10 device calculation.

That means it's going to take beyond mid-2017, which is when Microsoft's fiscal 2018 starts, to reach the one billion device goal.

"We're pleased with our progress to date, but due to the focusing of our phone hardware business, it will take longer than [fiscal year 2018] for us to reach our goal of 1 billion monthly active devices," Microsoft said last week in a statement to ZDNet.

Last year, users complained when Microsoft downloaded files to their Windows 7 and Windows 8 PCs even if they hadn't signed up for the Windows 10 upgrade.

Earlier this year, Microsoft was vilified for changing the function of the red "X" on the Windows 10 update dialog box to initiate an upgrade instead of close the window.

Grabbing the hybrid cloud opportunity with Lenovo and Azure Services
By Kevin McLaughlin
Jul 20 2016
12:51AM