Microsoft says 'Windows-as-a-service', but it's not really 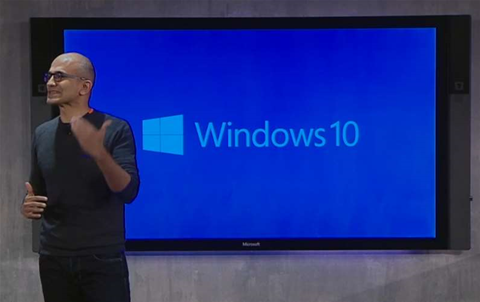 Of all the things Microsoft unveiled this week at its Windows 10 event, none grabbed more attention than its plan to offer Windows "as-as-service", a term that usually means software offered as a subscription and delivered over the Internet.

"We think of Windows as a service. In the next couple of years, one could reasonably think of Windows as one of the largest Internet services on the planet," Terry Myerson, executive vice president of Microsoft's Operating Systems Group, said at the event.

Rumours have swirled in recent years about Microsoft moving to a subscription model for Windows, which makes sense considering the strong customer uptake for the Office 365 suite of cloud apps and the marketplace's broad acceptance of the cloud subscription model.

But "Windows as a service" doesn't mean Microsoft is rolling out "Windows 365". It simply means Microsoft will continually push security fixes and feature updates to users' PCs, tablets and smartphones without requiring them to download service packs.

Still, some partners feel Microsoft, by invoking "Windows-as-a-service," is getting customers ready for an eventual Windows subscription model.

By offering Windows 10 as a free upgrade for a year to the vast majority of its consumer Windows user base, Microsoft is trying to make that transition easier by getting everyone onto its latest OS, according to partners.

The big question at this point is how much Microsoft would charge for a subscription-based Windows. Apple and Google offer their operating systems for free, but Windows is still a significant cash cow for Microsoft.

And at a conference last month, COO Kevin Turner said Microsoft has no plan to make Windows 10 a "loss leader". He did say that "we’ve got to monetise it differently," possibly foreshadowing a "freemium" model where a basic version of Windows is free but users pay extra for advanced features.

Grabbing the hybrid cloud opportunity with Lenovo and Azure Services
By Kevin McLaughlin
Jan 23 2015
10:46AM