Microsoft scales back privileges for its elite P-Seller partners 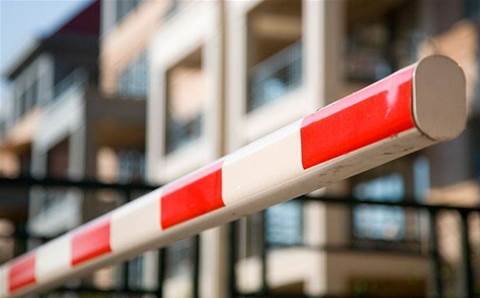 Microsoft's elite Partner Sellers are losing many special privileges – as the vendor prepares to revoke their access to the internal network, take away their @microsoft.com email addresses and tells them to return their badges.

According to the vendor, "Partner Sellers are the heart of our co-sell motion and play a crucial role in deep, rewarding customer relationships".

As well as corporate network access, other tools currently available to P-Sellers include NDA content such as battle cards, decks and positioning statements, the internal Azure Calculator, Microsoft's "dogfood" site for accessing pre-release software, the Microsoft glossary and the ability to schedule sessions at Microsoft Technology Centres.

Some partners are quietly fuming at the changes, which will see them removed from the Microsoft global address listing as well as losing their "b-dash" email addresses. Their building access to Microsoft facilities will be revoked, and they must return their "purple" badges to the nearest Microsoft office by 20 March. These will be replaced with new P-Seller badges, along with logos for their LinkedIn profiles and email signatures.

While some access has been removed, P-Sellers are getting a range of replacement privileges. For instance, they will get a listing on the Partner Seller Finder tool for Microsoft staff. They lose building access but will get structured networking events and opportunities. The loss of @microsoft email accounts will resolve one pain point: the annoyance of regular password resets.

The change – news of which was broken by tech blog Redmond Channel Partner – takes effect on 20 March, offering relatively short notice for partners to wrap their heads around the change.

To become a P-Seller, partners must hold an appropriate Gold competency and be a Microsoft managed account, along with requirements including a range of exams, security certification and achieve co-selling targets. Under the changes, they will also need to undertake mandatory anti-corruption training.

In a slide deck shared with Australian P-Sellers on 21 February and seen by CRN, Microsoft highlighted the continued benefits of the program, which include co-selling and opportunity sharing, ability to attend some Microsoft internal training as well as discounts on training courses, a free Azure Pass subscription, and sales and marketing assets on a new P-Seller resources portal within the Microsoft Partner Network (MPN) site.

Partner organisations with P-Sellers will also get funding and "privileged enablement”, such as access to Microsoft full-time employee readiness resources; Partner University training; "priority access to leads”; and exam vouchers.

A Microsoft spokesperson told CRN: "We're making changes and investments to optimise the Microsoft P-Seller program, including a new one-stop resource portal, to help ensure these partners have everything needed to realise stronger mutual customer relationships and sales goals."

Australian partners were reluctant to voice their concerns over the P-Seller overhaul due to non-disclosure agreements, however, several well-placed sources shared their views anonymously.

The managing director of one Sydney-based Microsoft partner said the feeling among P-Sellers was "relatively negative".

"The only value in the program is that internal system access, [the removal of] which will make it useless."

He added that there was a perception the P-Seller program had "deteriorated over the past 12 months as they have let a lot of partners in" .

CRN understands that, in fact, the total number of P-Sellers has not grow dramatically, and that the demand to join the program far outstrips the number of approved P-Sellers.

The boss of another Sydney partner said the changes were "not rapidly helping the cause. What Microsoft needs to do is find people in partner-land who can sell and architect solutions, and work with Microsoft and customers. All they are doing is building rules and regulations and hoops around [the P-Seller program] that will make it untenable.

"The change in access which I saw in the PowerPoint is incredibly annoying. Losing your @microsoft address means you are just another partner talking to a customer. I can already go and talk to customer; I don't need that."

A Melbourne-based partner was disappointed to get shut out of the global Microsoft contact list, which enables P-Seller partners to get easy access to Microsoft people and escalate customer and technical issues. "I think they have been trying to standardise P-Seller for some time. I think it has been a point of contention of giving non-Microsoft people access to the network. Your badge used to open all the doors, then they took that off. You had VPN access, then they took that off."

Microsoft is instead giving P-Sellers access to both a global and a local Yammer group where they can connect with Australian and international product groups. As managed accounts, P-Sellers can also leverage their Microsoft sponsor to escalate issues.

Another Melbourne-based Microsoft partner with intimate knowledge of the program told CRN that the P-Seller concept "effectively gave Microsoft additional feet on the street for no cost".

"You could apply to be P-Seller, you got a badge and as far as customers were concerned, you were a Microsoft subcontractor. The positive from a partner point of view was effectively to have someone on the inside and access to network.

"Microsoft got more feet on the street but it was a really weird scenario – it worried me that a customer would meet with what someone they thought was Microsoft but it was really a partner, undoubtedly in there into pitch their own business."

Updated on 24 February at 4.45pm with further information about the replacement privileges being provided to P-Sellers. We have also clarified that the only change to requirements of the new P-Seller program is the mandatory anti-corruption training.