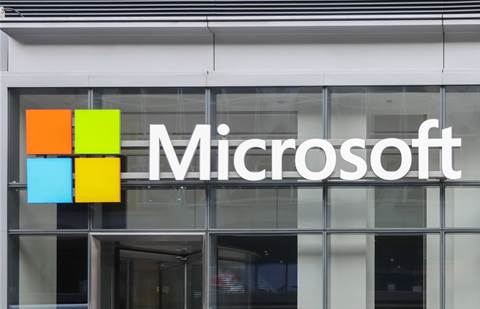 Demand for on-premises Microsoft products appears to be dropping even faster as the COVID-19 pandemic accelerates the shift to cloud-based versions.

As part of its financial report for the fourth quarter of its fiscal 2020, ended 30 June, Microsoft on Wednesday reported major growth in cloud products, alongside a “slowdown in transactional licensing” in its Office, server and Windows product lines.

In Office, revenue for Office Commercial products fell 34 percent during the quarter compared to the same period a year earlier. That drop reflected a “continued customer shift to cloud offerings from multi-year on-premises agreements,” along with “a slowdown in transactional licensing, primarily in small and medium businesses,” Microsoft said in its announcement of the Q4 financials.

Revenue for the cloud-based Office 365 Commercial offering, on the other hand, climbed 19 percent during the quarter, year-over-year.

Office 365 includes the Teams collaboration app, which has surged in usage amid the shift to remote work, CEO Satya Nadella said during Microsoft’s quarterly earnings call with analysts Wednesday.

For its fiscal fourth quarter overall, the Redmond, Wash.-based tech giant reported revenue of US$38.03 billion--with sales rising 13 percent from US$33.71 billion during the same period a year ago, and beating the Wall Street analyst consensus estimate of US$36.5 billion.

The COVID-19 pandemic and shift to work-from-home is turning out to be “another catalyst driving Azure/Office 365 growth,” wrote Daniel Ives, managing director for equity research at Wedbush Securities, in a note to investors on Wednesday.

“For Redmond, this cloud shift and WFH dynamic looks here to stay and the company stands to be a major beneficiary of this trend on its flagship Azure/Office 365 franchise over the coming years,” Ives wrote. “Nadella & Co. continue to lead a transformational cloud story narrowing the gap vs. Bezos and AWS into 2021.”

Prior to the pandemic, “I don’t think digital tech, as being key to business resilience, was the No. 1 priority” for most companies, Nadella said. “Whereas now, it is.”

Still, Microsoft’s stock price fell as the company reported that growth in its Azure cloud platform was not as strong as it was in the prior quarter. Revenue for Azure still came in 47-percent higher for Microsoft’s fiscal Q4, year-over-year. But that’s compared to 59-percent Azure growth during the company’s fiscal third quarter.

Shares in Microsoft slipped 2.2 percent, to US$207.09 a share, in after-hours trading Wednesday.

For the company’s intelligent cloud segment overall, quarterly revenue reached US$13.37 billion, a 17.3-percent increase from the same period a year before.

Revenue from server products was “relatively unchanged” year-over-year, “with growth in hybrid and premium solutions, offset by a slowdown in transactional licensing,” Microsoft said.

Microsoft’s productivity and business processes segment rose 6.3 percent to US$11.75 billion, driven by the Office 365 growth as well as a 38-percent revenue boost for Dynamics 365.

The company’s personal computing segment was a bright spot for the quarter. The segment enjoyed “better than expected performance across all businesses, as we continued to benefit from work, learn and play from home scenarios,” CFO Amy Hood said.

Revenue in Microsoft’s personal computing segment jumped 14.4 percent to US$12.91 billion, with strength in areas including sales of Surface devices (up 28 percent), Windows OEM revenue (7-percent increase) and Xbox content and services revenue (up 65 percent).

In terms of Microsoft’s outlook for transactional licensing, Hood said that the reduced demand for on-prem Office products is expected to continue for its fiscal first quarter.

“Growth will be impacted by a decline of approximately 30 percent in our on-premises business, driven by the transactional weakness in small and medium businesses noted earlier,” Hood said.

For Microsoft’s fiscal Q4, net income fell to US$11.2 billion, or $1.46 per diluted share, from US$13.19 billion, or US$1.71 per diluted share, during the same period a year earlier. The company noted that it’s receiving a charge of US$450 million in connection with the closing of its physical stores, which was announced in late June.

The quarterly earnings release came on the same day that Nadella addressed channel partners during Microsoft’s Inspire 2020 global partner conference--where he credited partners for playing a central role in driving the company’s growth.

“For Microsoft to do well, you all as partners have to do well. That’s ingrained in our business model,” Nadella said in remarks during the online-only Inspire conference. “That’s why I always talk about us being a partner-led company.”