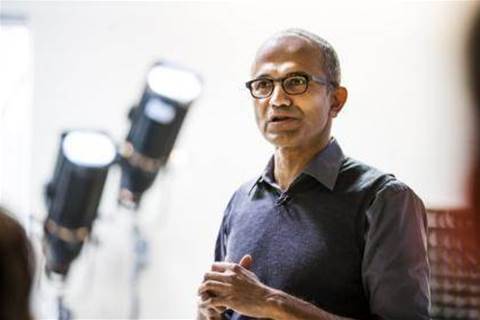 The coronavirus pandemic is continuing to rapidly accelerate the use of Microsoft Azure cloud services, though certain cloud resources and free offers now need to be curtailed, the company reported.

For Azure customers, "we’re implementing a few temporary restrictions designed to balance the best possible experience for all of our customers," Microsoft said.

The restrictions include "limits on free offers" and "limits on certain resources for new subscriptions," Microsoft said.

Microsoft said it has seen a "775 percent increase of our cloud services"--or growth of nearly 9X--"in regions that have enforced social distancing or shelter in place orders," the company said in a blog post.

The rapid spread of the COVID-19 coronavirus has led countless businesses to shift to work-from-home for their employees, and created new demand for remote-work solutions such as Microsoft’s Windows Virtual Desktop and Teams offerings.

Usage of Windows Virtual Desktop--which simplifies the deployment of virtual desktops while providing a less expensive licensing model usage--has seen growth of more than 3X, according to Microsoft. Company executives and solution providers have touted Windows Virtual Desktop as a massive opportunity for the channel since its debut last fall.

For Teams, Microsoft said earlier this month that 44 million people globally have begun using the collaboration platform on a daily basis, which represented an increase of 12 million daily users in a single week. The company reiterated that figure for Teams users in its blog post.

Since March 5, Microsoft has been offering a free Office 365 E1 subscription for six months to businesses and educational institutions that aren't currently licensed for Teams. However, the company has now "placed limits on free offers to prioritize capacity for existing customers."

Additionally, "we also have limits on certain resources for new subscriptions," Microsoft said in its blog post.

"These are ‘soft’ quota limits, and customers can raise support requests to increase these limits," Microsoft said. "If requests cannot be met immediately, we recommend customers use alternative regions (of our 54 live regions) that may have less demand surge. To manage surges in demand, we will expedite the creation of new capacity in the appropriate region."

If there are capacity shortages, cloud providers must operate like an electric company would during a heat wave, and prioritize how capacity is allocated, said Ric Opal, principal and national GTM and strategic partnerships leader at BDO Digital, in an interview with CRN last week.

"Give health care the No. 1 priority, give the federal government and state government priority," Opal said. "The focus and effort has to be to slow the spread [of COVID-19] globally--use all of our resources and prioritize them in an orchestrated effort so that the world can benefit. I think they're doing that the best they can, given the visibility that they have."