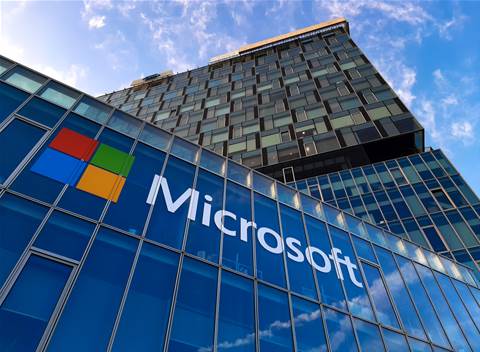 The deal, the latest in the tech industry and Microsoft's second biggest after its US$26.2 billion buy of LinkedIn in 2016, follows heightened regulatory scrutiny of "killer acquisitions" whereby tech giants shut down nascent start-ups and potential rivals after buying them.

Microsoft announced in April the deal that will boost its presence in cloud solutions for healthcare customers in a sector where demand has accelerated during the COVID-19 pandemic.

The US software giant is in talks with the British antitrust agency ahead of filing a request for approval of the deal, the sources said.

The European Commission, which is scheduled to decide on the deal by Dec. 21, declined to comment, as did Microsoft.

The company is also in preliminary discussions with the UK antitrust agency CMA ahead of a formal request for approval of the deal, the sources said.

A spokesperson for the CMA said it does not speculate on which cases it would investigate in the future. Its website does not list the Microsoft deal as one it is looking at.

The deal has already received regulatory approval in the United States and Australia, without remedies given.

Tech companies have in recent months ramped up their acquisitions of AI-focused companies to try to stay ahead of competitors and as more and more companies integrate this technology into their products and services.

Grabbing the hybrid cloud opportunity with Lenovo and Azure Services
By Foo Yun Chee
Dec 13 2021
6:43AM