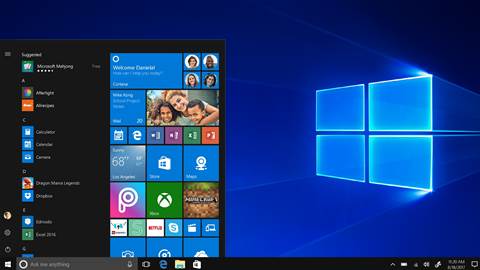 Microsoft has disclosed for the first time that Windows 10 will be retired, setting 14 Oct 2025 as the end-of-support date for the widely used operating system.

In an update to a Microsoft support document, first reported by Paul Thurrott, the company listed this as the retirement date for Windows 10 Home and Pro, as well as for the Pro Education and Pro for Workstations editions of the operating system.

“Microsoft will continue to support at least one Windows 10 Semi-Annual Channel until October 14, 2025,” the company said in the support document.

The disclosure comes as Microsoft plans to unveil what it’s calling “the next generation of Windows” during an event on June 24.

Until now, Microsoft had never before said that Windows 10 would eventually be phased out. The company had, in fact, said the opposite upon introducing Windows 10 in 2015—indicating that the operating system would be “the last version of Windows.”

Rather than releasing brand-new versions of the operating system every few years, Microsoft has taken the approach of doing feature updates for Windows 10 on a twice-a-year basis.

Originally released in July 2015, the end-of-support date for Windows 10 would give the operating system just over a 10-year run.

Microsoft has yet to comment on what sort of branding the next-generation Windows version might receive. Rumours suggest that a next-generation version of Windows could be called Windows 11 or Windows Sun Valley. Microsoft is calling the June 24 announcement its “What’s Next for Windows” event.

Windows fell from 85.4 percent market share in 2019 to 80.5 percent share in 2020, according to a recent GeekWire article that cited numbers from IDC. M

Microsoft confirmed in May that it had scrapped Windows 10X, its version of the operating system designed for dual-screen devices that would have rivalled Google’s Chrome OS.