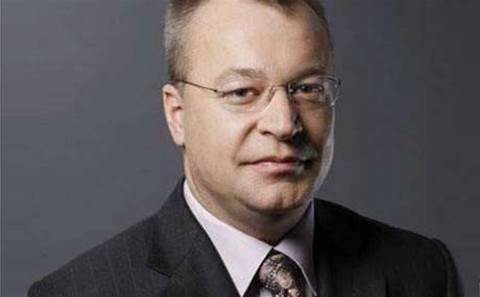 Stephen Elop, the former top boss at phone maker Nokia, is one of four high-level executives leaving Microsoft as the company sharpens its focus on software services and the cloud, chief executive Satya Nadella announced on Wednesday US time.

The departure of Elop, whose Devices group will be rolled into Microsoft's Windows unit, signals a shift of emphasis away from hardware and back to Microsoft's core business.

Many analysts expect Microsoft to write off all or part of the US$7.2 billion it paid for Nokia's handset unit last year, a deal that left Microsoft with a money-losing business and only 3 percent of the smartphone market.

"This as another indicator the Nokia acquisition was a US$7 billion head-scratcher deal that remains an overhang for Microsoft," said Daniel Ives, an analyst at FBR Capital Markets. "Nadella inherited this headache, now he is trying to make the best of a bad acquisition."

The purchase of Nokia's handset business was the last major decision by former Microsoft CEO Steve Ballmer, and was never popular with investors.

The deal brought Elop, once considered a successor to Ballmer, back to Microsoft to run an enlarged Devices unit. He had worked at Microsoft from 2008 to 2010, running the company's Office unit.

Elop's latest tenure at Microsoft was marked by an unsuccessful struggle to popularise Windows phones. He was widely mocked for insensitivity last year after he sent an email to colleagues that began with a cheery "Hello there" and then announced 12,500 layoffs in the 11th paragraph.

"Stephen and I have agreed that now is the right time for him to retire from Microsoft," Nadella wrote to Microsoft employees in an email. Elop made no comment.

The group Elop oversaw will become part of the renamed Windows and Devices Group to be headed by operating systems chief Terry Myerson. Nadella said it would focus on "enabling more personal computing experiences powered by the Windows ecosystem".

Microsoft is set to launch Windows 10 on 29 July, the first operating system designed to run across PCs, tablets and phones.

The other executives leaving Microsoft are Kirill Tatarinov, who ran the company's customer-relationship management software business, and long-time strategy and technology adviser Eric Rudder. Mark Penn, the political strategist who currently has the title of chief insights officer, is to leave in September to start his own private equity fund, Microsoft said.

(Reporting by Bill Rigby in Seattle and Anya George Tharakan in Bengaluru; Editing by Sayantani Ghosh; and Peter Galloway)